The Kolden Report: Masaya Volcano, up close and personal. May 17th, 2014

The day had come.  We were going to visit Masaya, an active volcano! 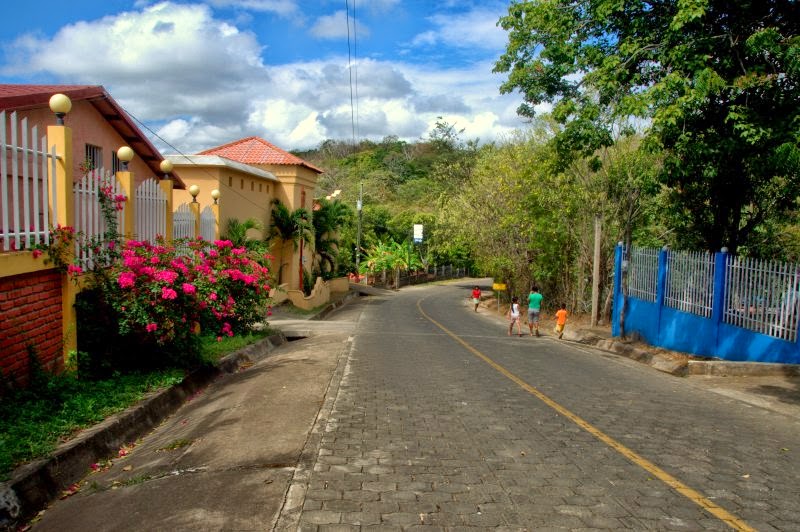 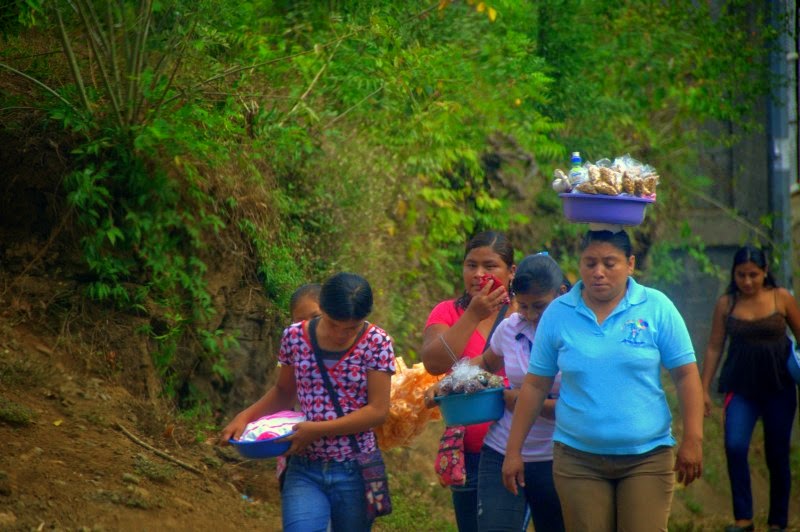 Uphill with a load. 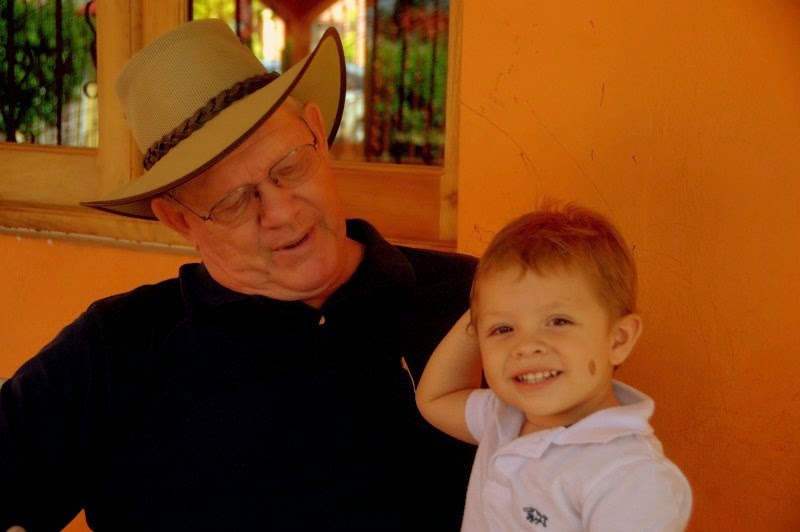 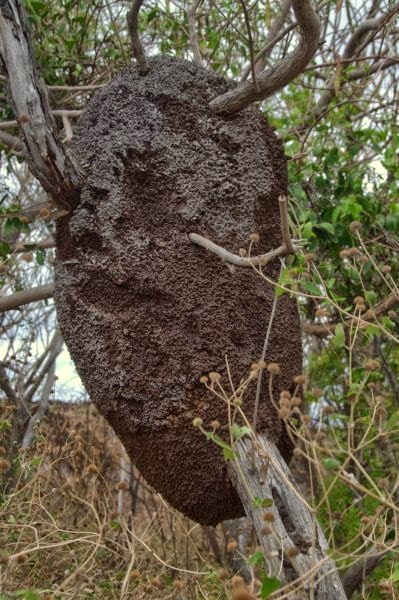 Tree takeover.  But what IS it? 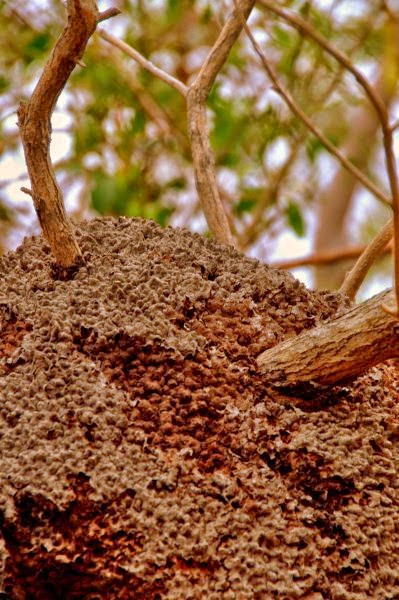 Upon closer inspection, it looks like tiny balls of fungus. 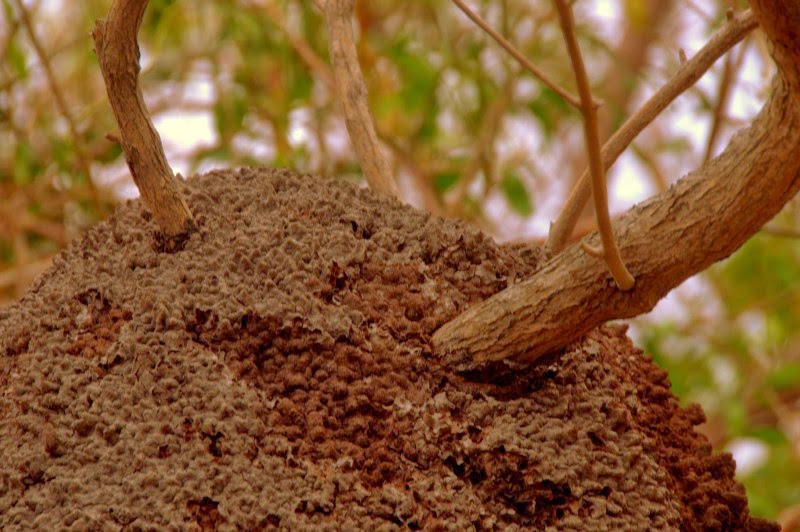 It must be very tough or you'd think when the wind blows the branches, it would break apart. 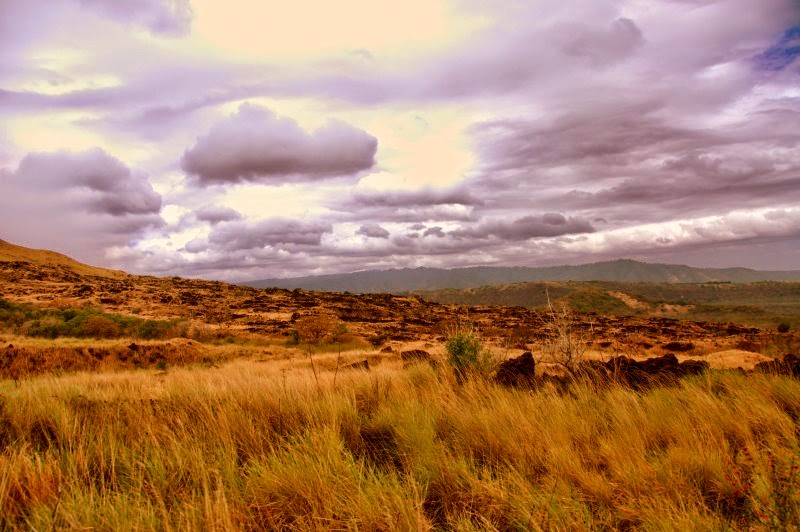 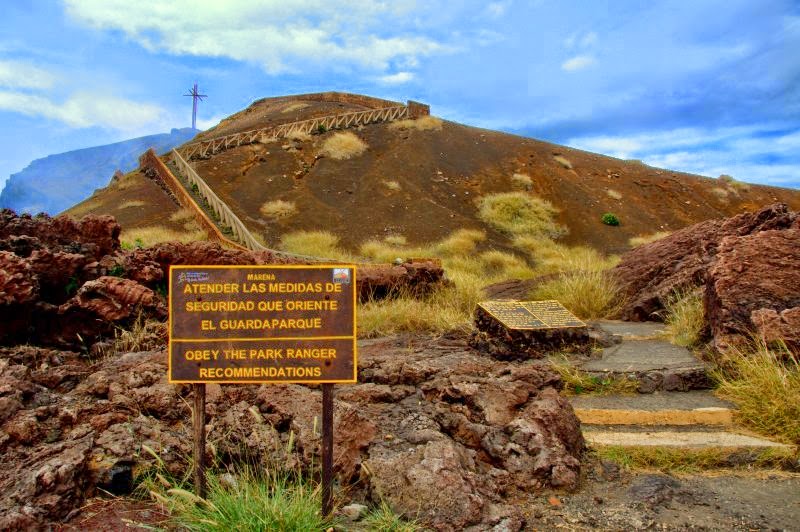 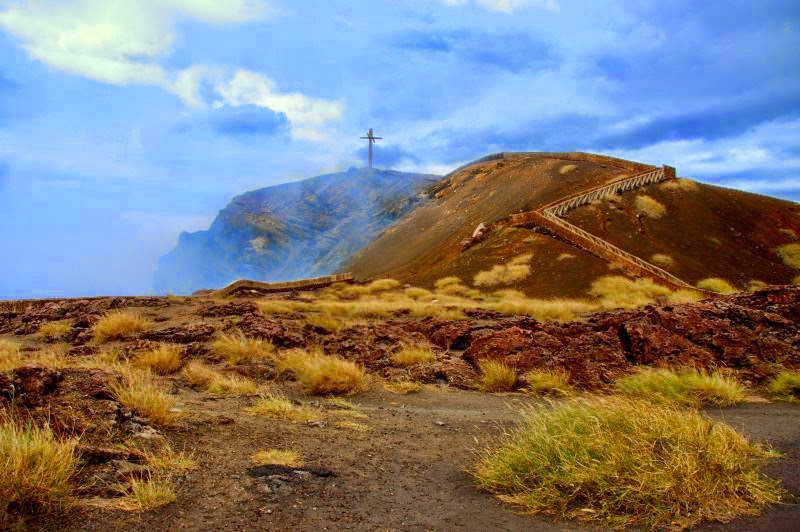 Having spied the stairway to the cross, I attempted to make the trek, imagining quite a view from the top. 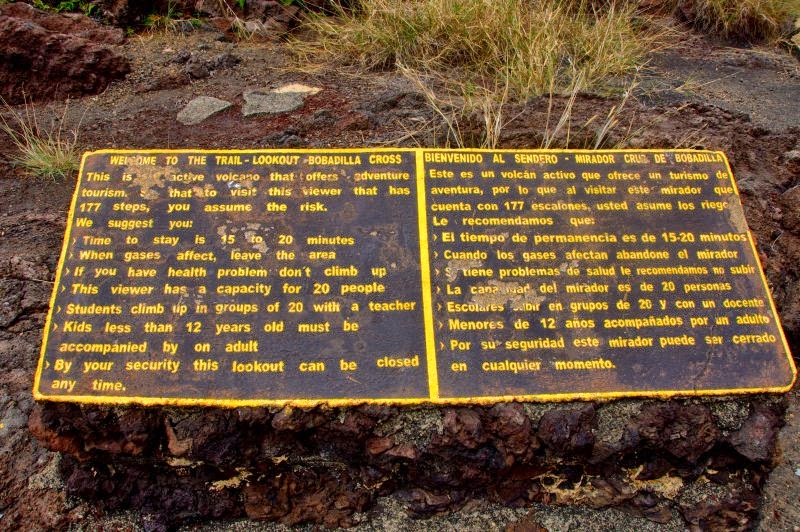 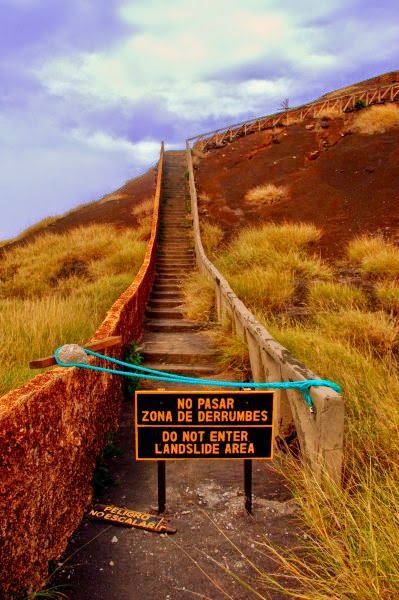 It was not to be.  I considered climbing over but imagined myself shackled in a Nicaraguan jail and the urge passed. 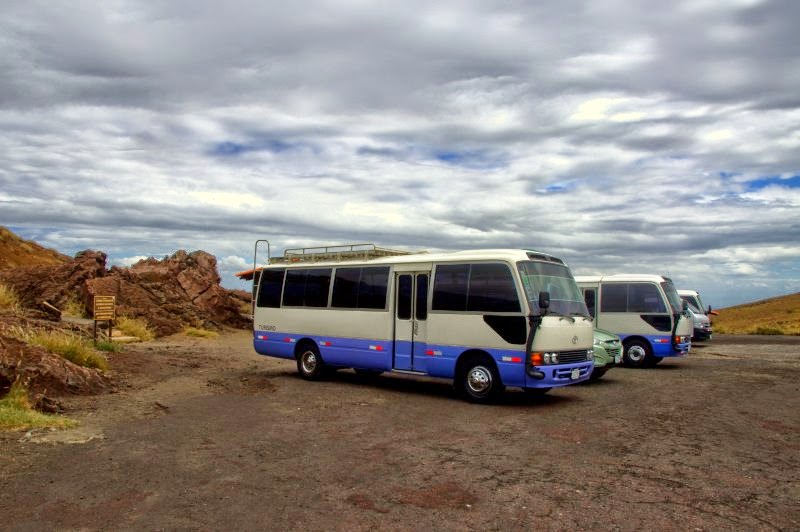 There were a few tour buses in the parking lot but not many other vehicles.  I always enjoy having few people breathing my air! 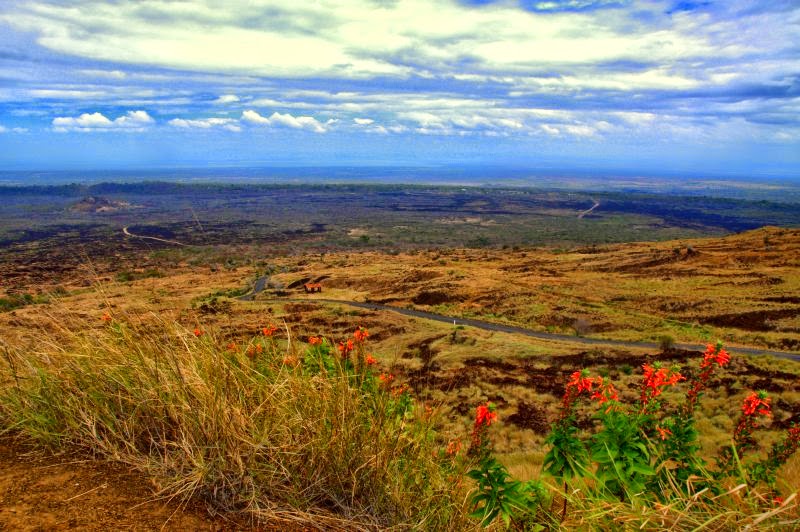 Panorama of the area. 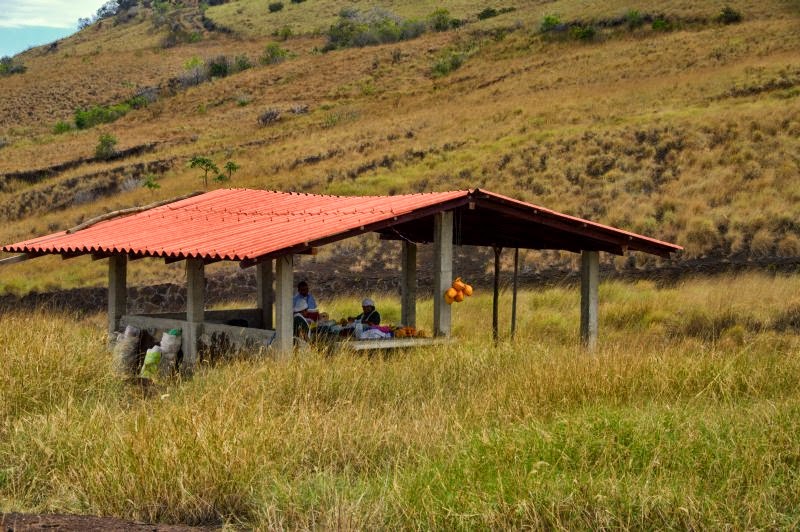 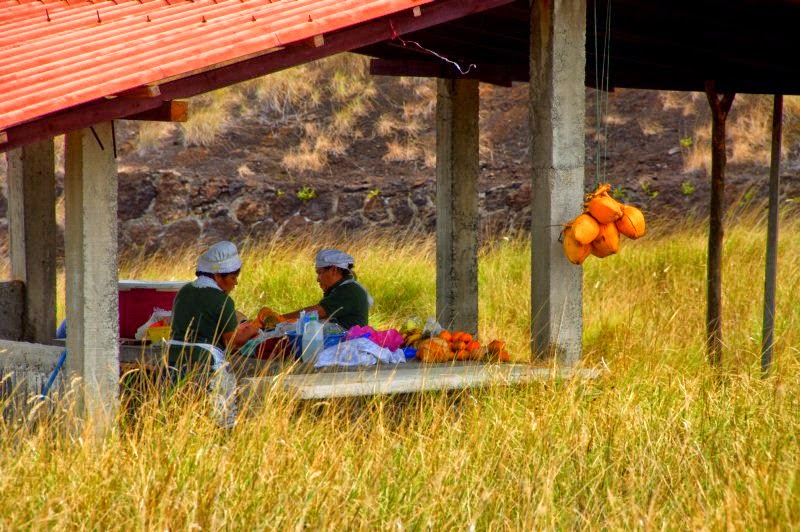 Love those outfits!  Wonder if they are government mandated? 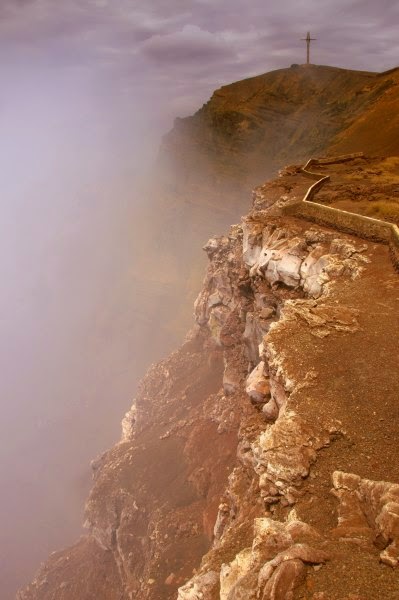 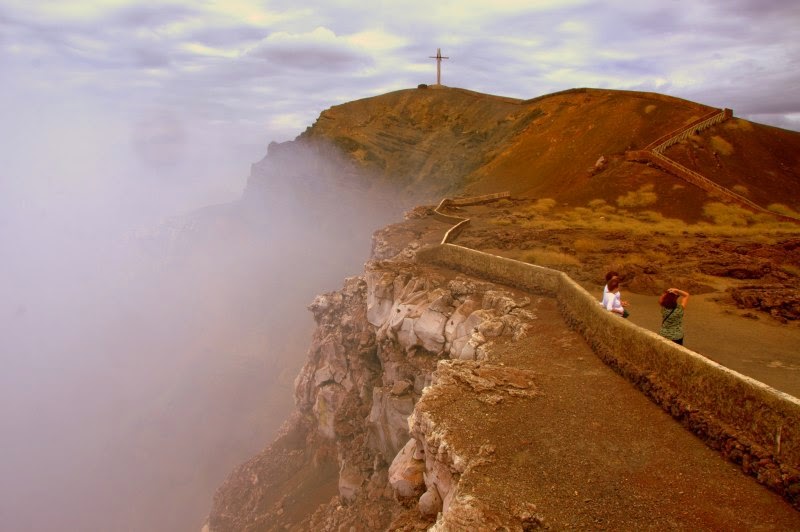 Due to east winds, the gaseous discharge was not a concern. 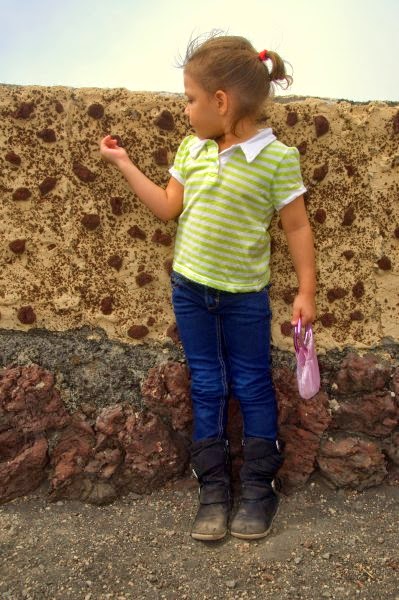 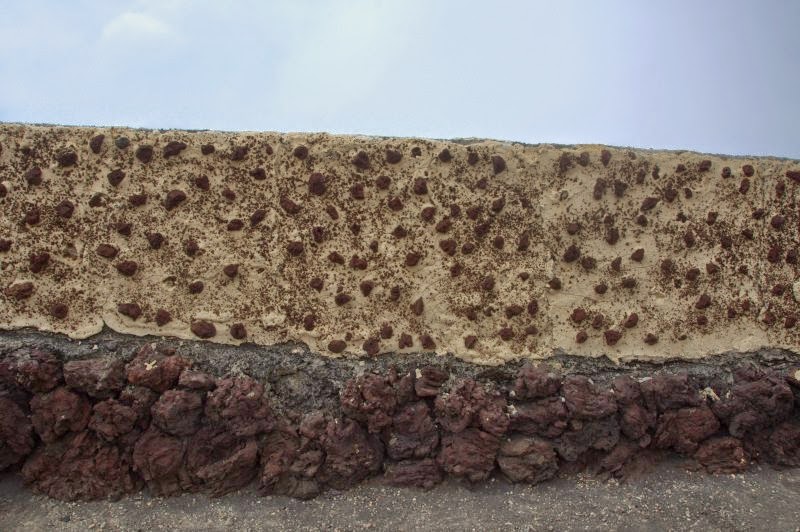 I found it quite artistic....volcanic rock at the bottom and smaller chunks decoratively inserted into the concrete upper. 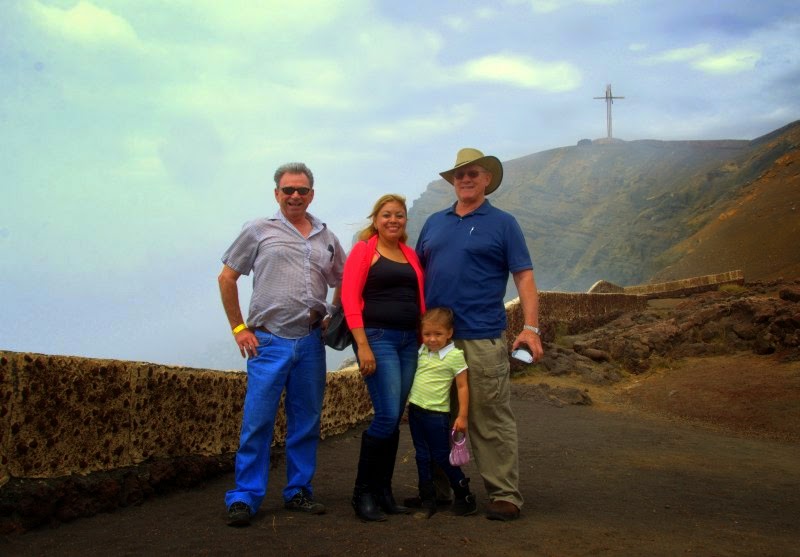 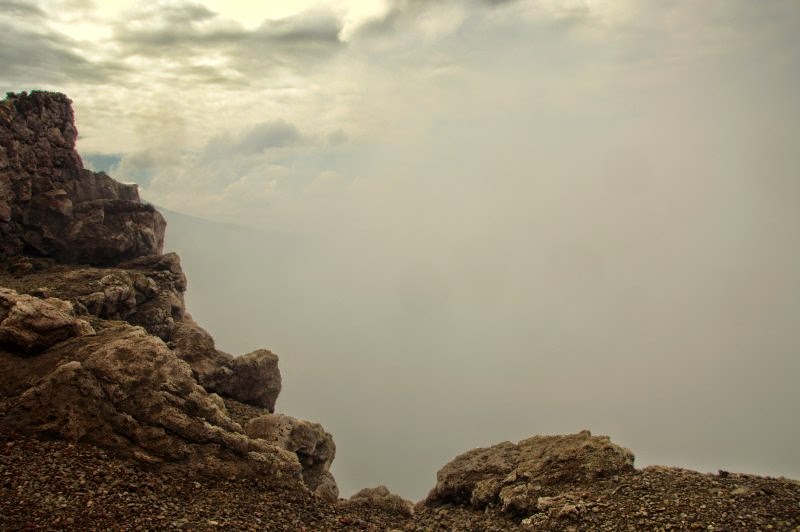 Looking into the abyss, I envisioned tales of star crossed lovers flinging themselves to their death, to live in eternity. 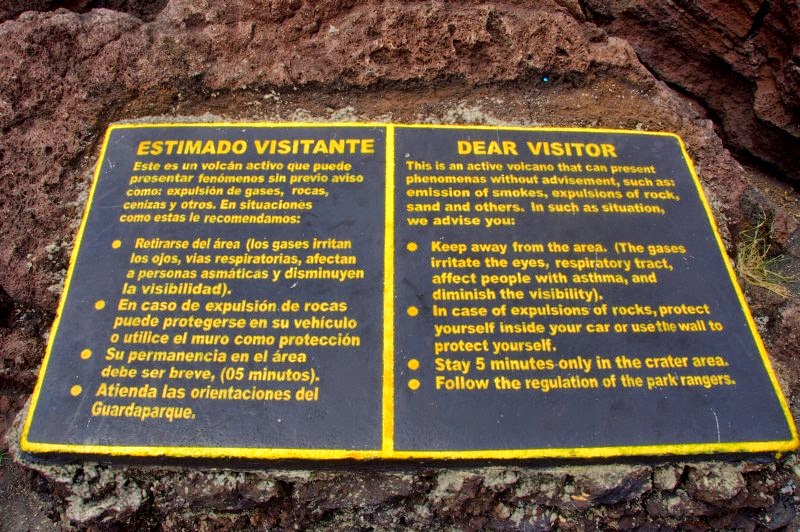 Expulsion of rocks?  I had mixed emotions about observing THAT. 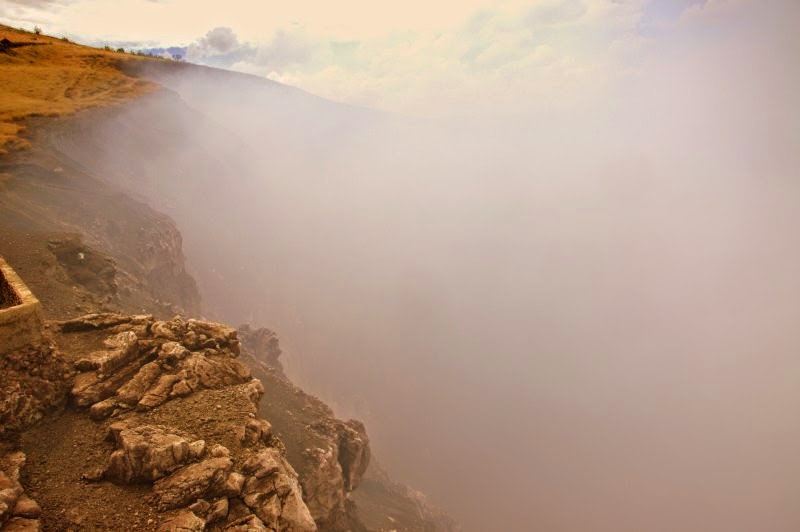 Straining to catch a glimpse of what lies below. 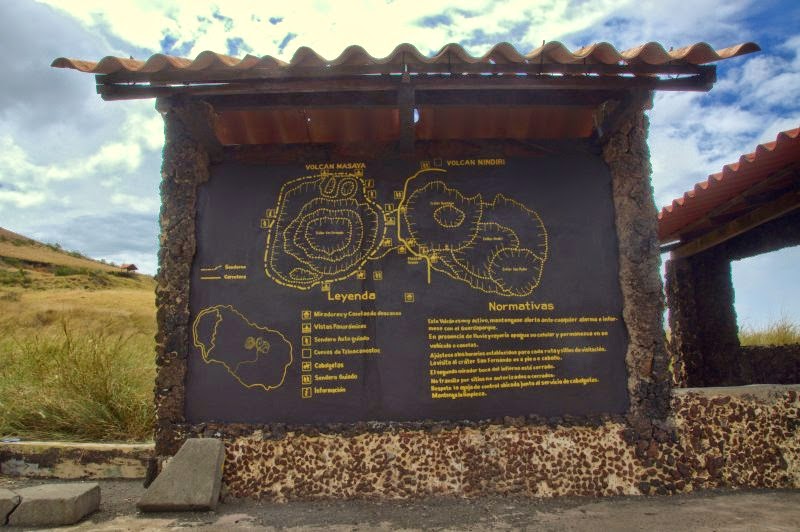 Map of it all.  There were actually TWO volcanoes here!  Nindiri and Masaya.  Nindiri is smoking more and enjoying it less. 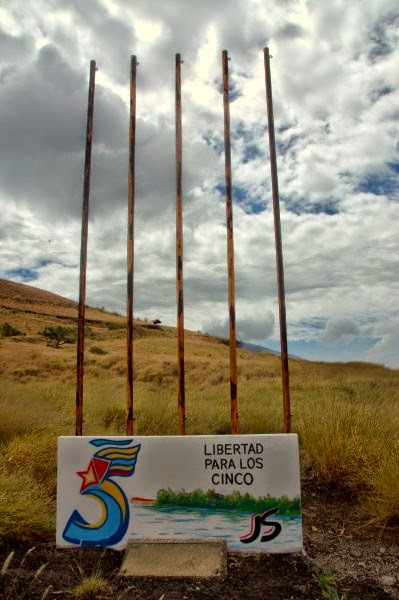 Freedom for five.  Not sure what that means though.... 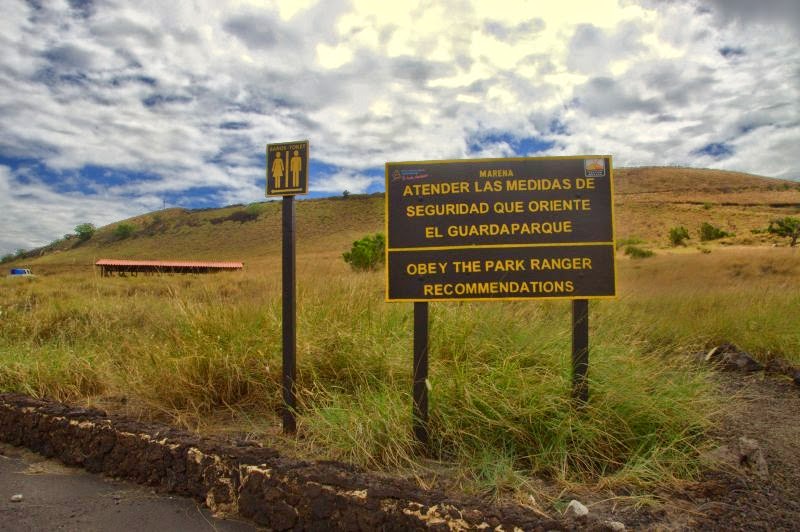 I didn't see any rangers but I was ready to obey if I did. 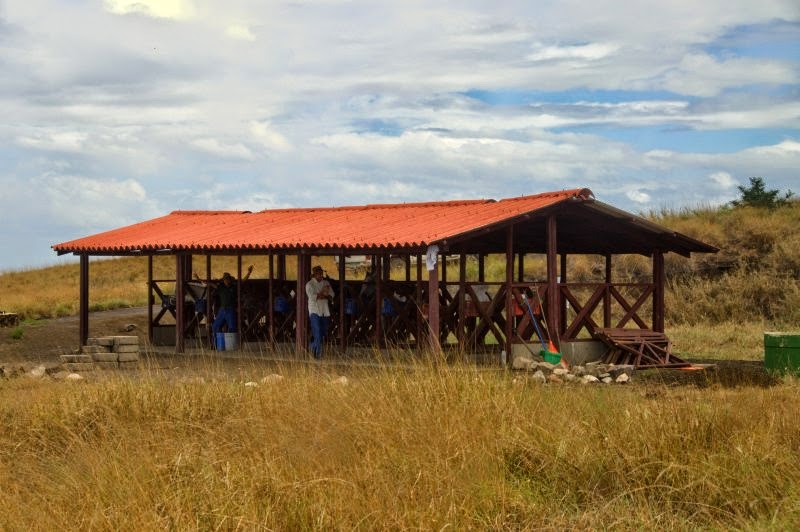 Stable hands prep the few remaining horses for tourists and try to wave me over for a ride. 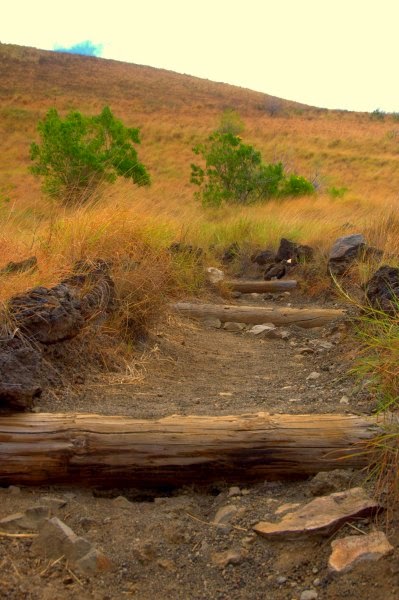 I decided to hike to the top of the caldera. 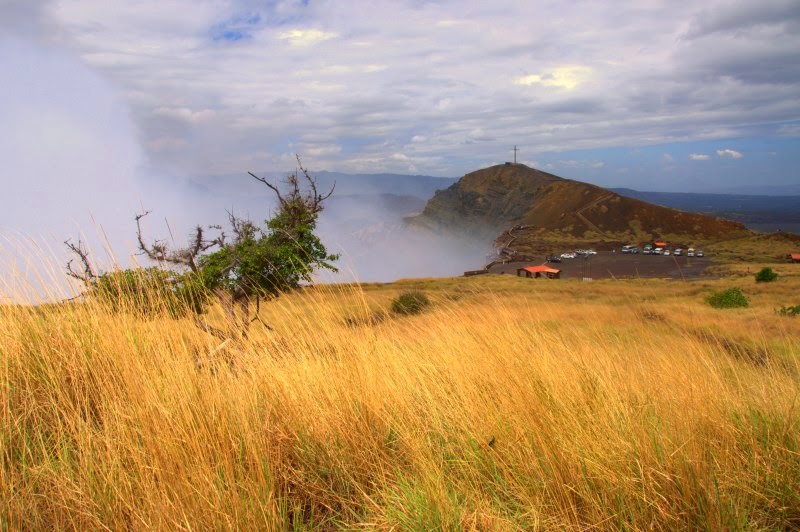 As I steadily rose, the view grew grander. 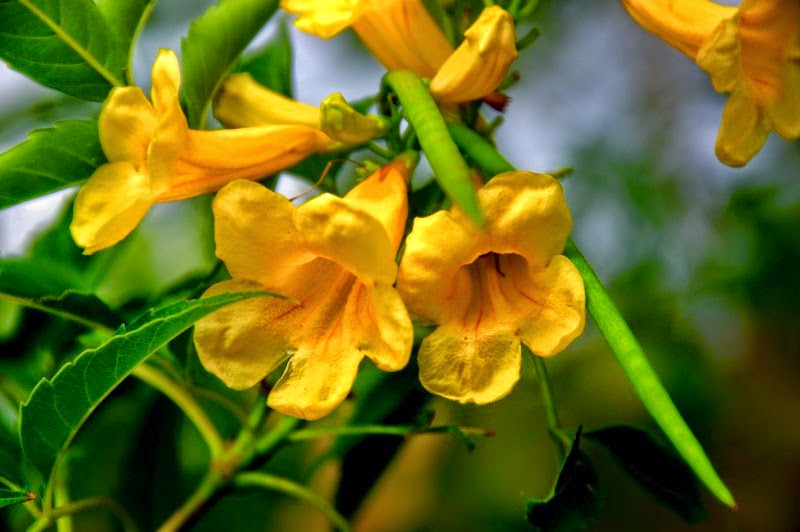