The Kolden Report: Montana Moments. Call of the wild - revisited.

Best wishes for a peaceful,  healthy and happy 2016!

Meanwhile, back in Montana...

We made our mostly annual trek to Sipary Ann Creek to view the elk. 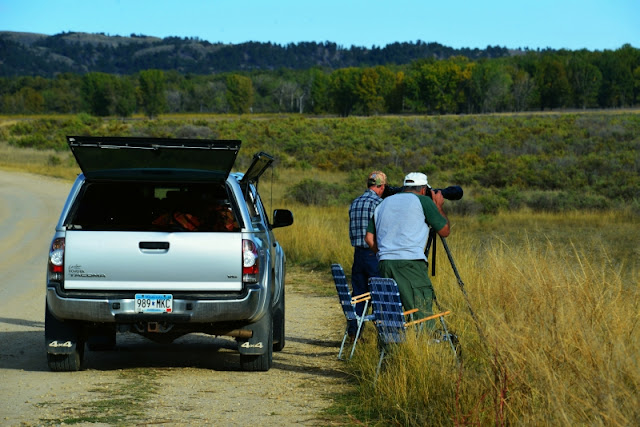 I have much fun watching the people watch the elk!  (These Minnesota boys are SERIOUS about their photography, no?)

It was fairly early and folks jockeyed for position in hopes that the "BIG ONE" would come close enough for a Kodak Moment. 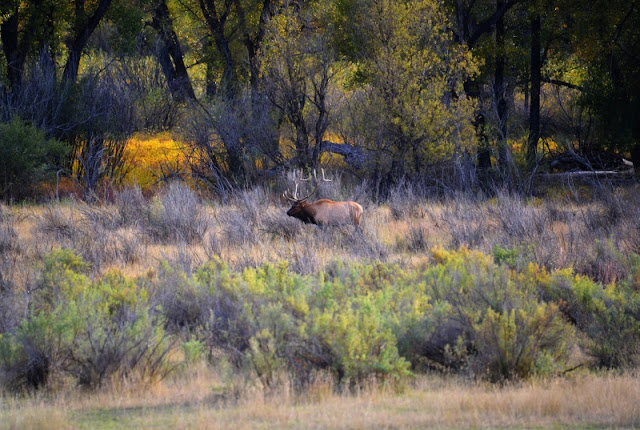 Not to be disappointed, the elk began to move. 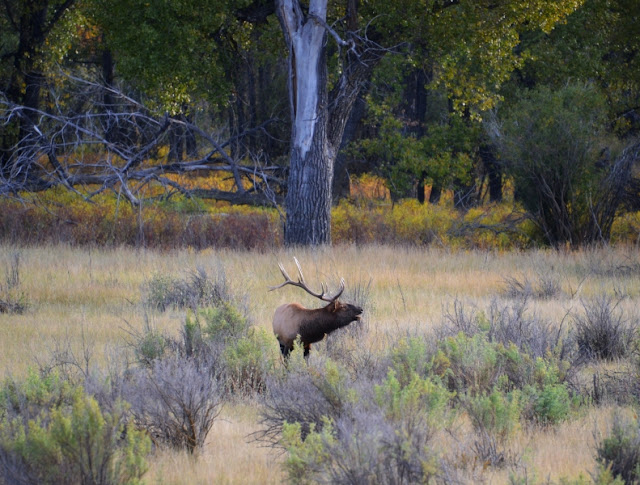 Bugling bulls are quite entertaining! 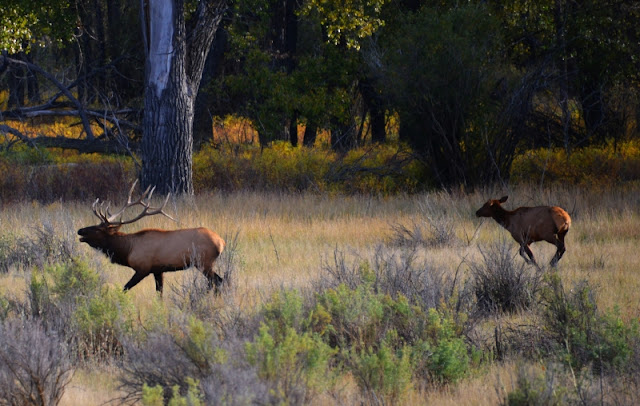 Bulls were calling and rushing about, herding sometimes uncooperative cows, thrashing the brush with their racks and fighting. 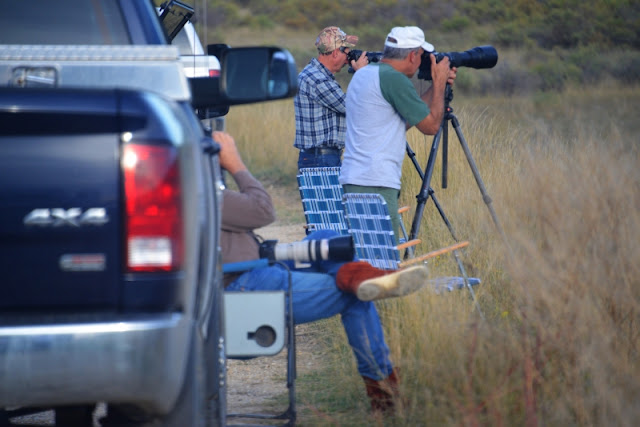 Apparently, we had chosen our viewing area wisely as another photographer joined in. 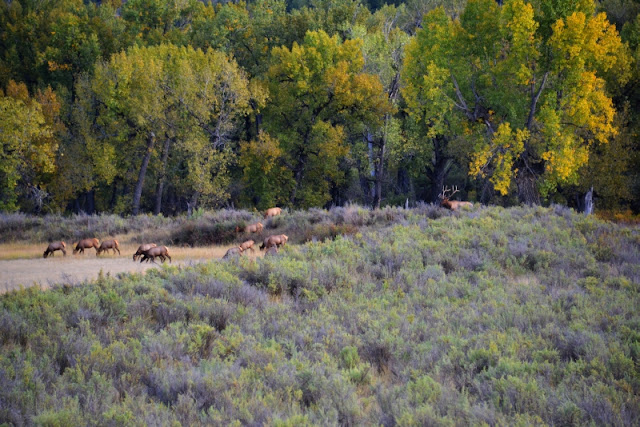 This was the moment we'd all come to see.  Hundreds of elk pouring out of the dense Missouri River bottom brush. 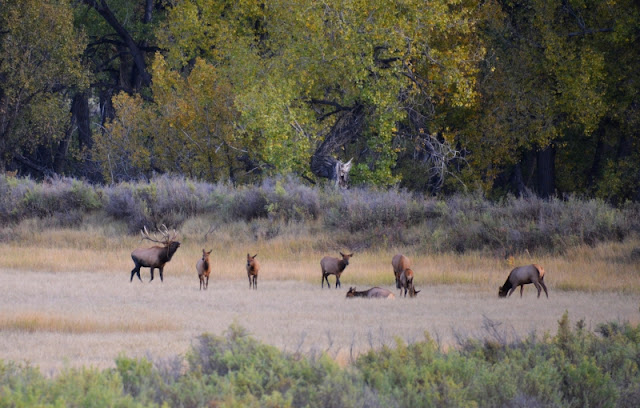 This herd bull - flora hanging from his rack, bellers and herds his group,  ever watchful under the constant threat of stolen cows. 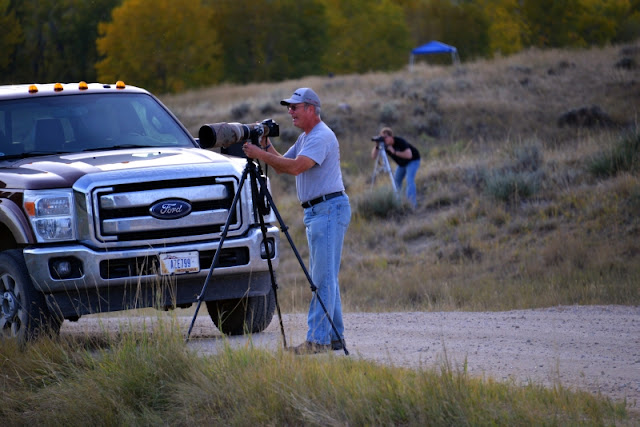 And YES, the spectators were enjoying the show! 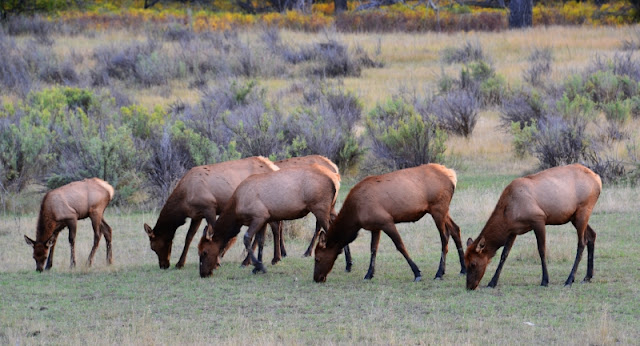 The cows and calves were mostly interested in grazing. 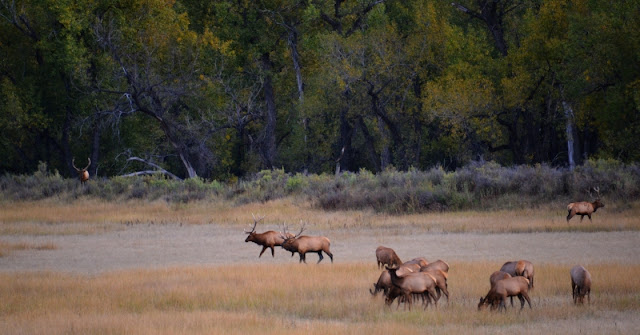 Lone bulls called and circled, hopeful that a cow would stray. 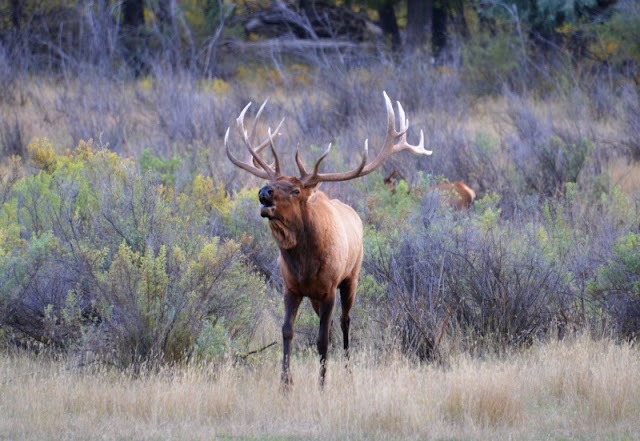 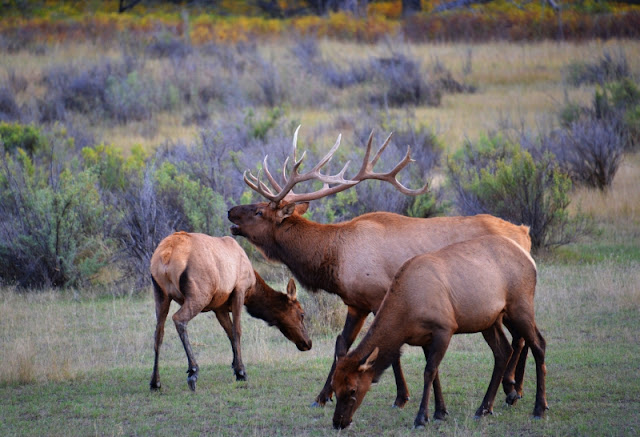 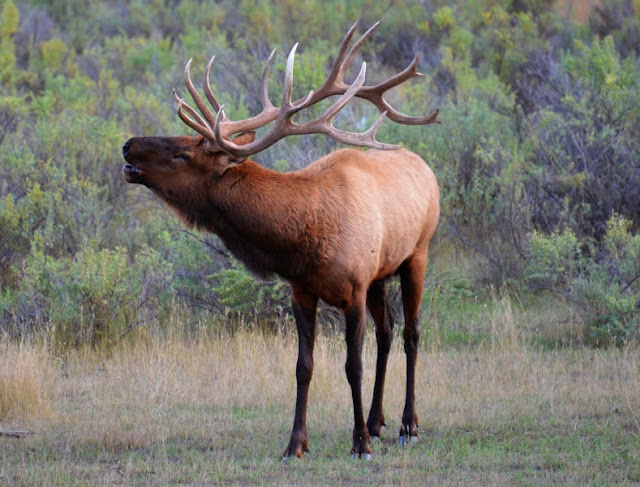 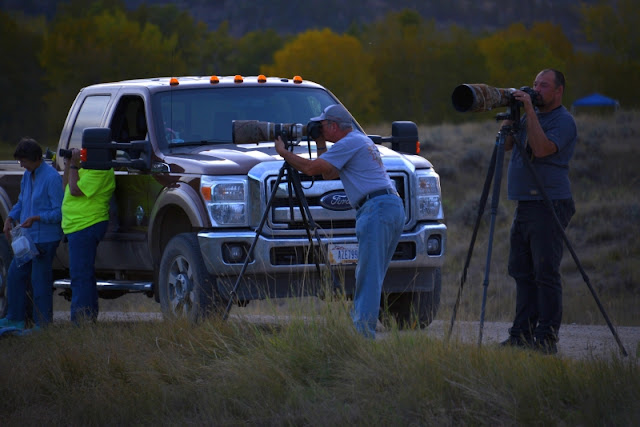 The photographers were getting serious! 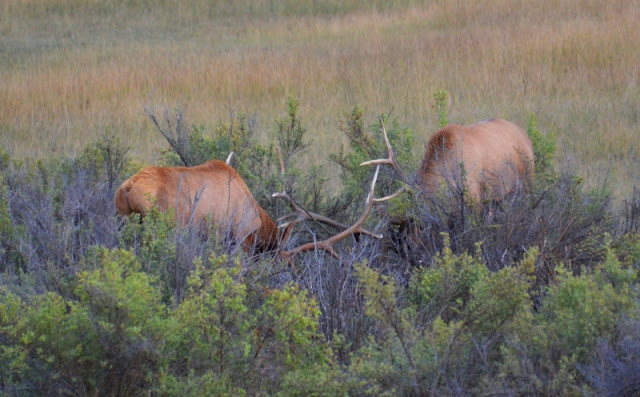 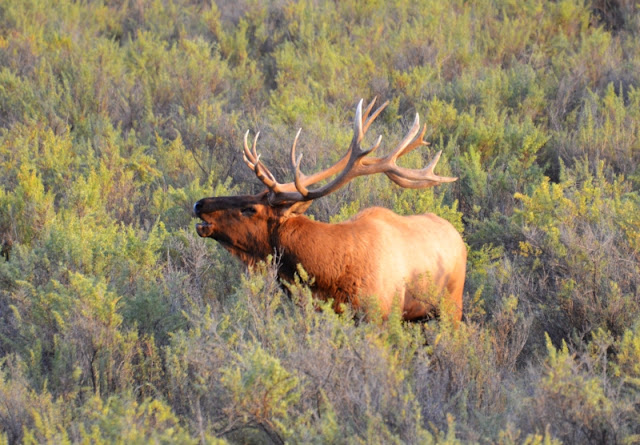 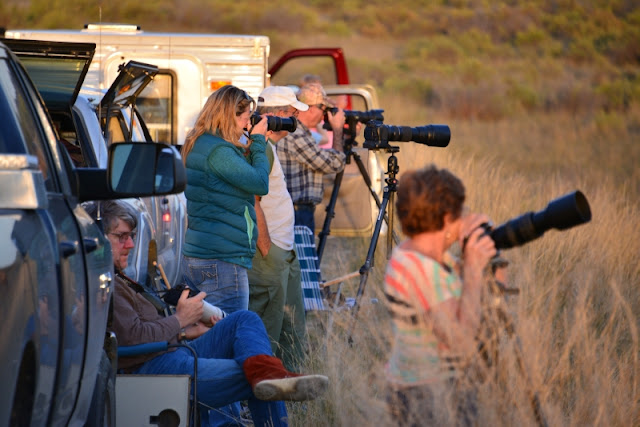 The long lens group in front of us... had grown. 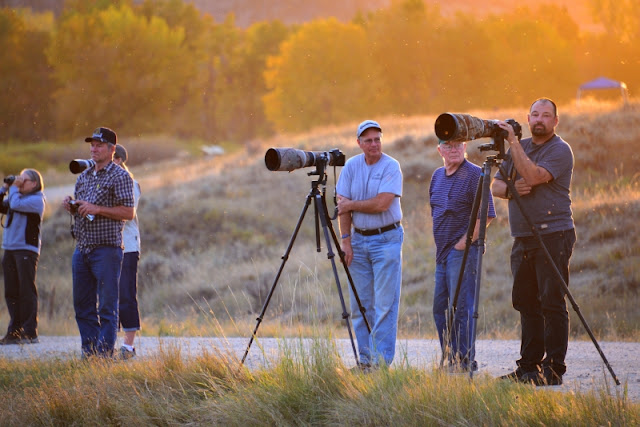 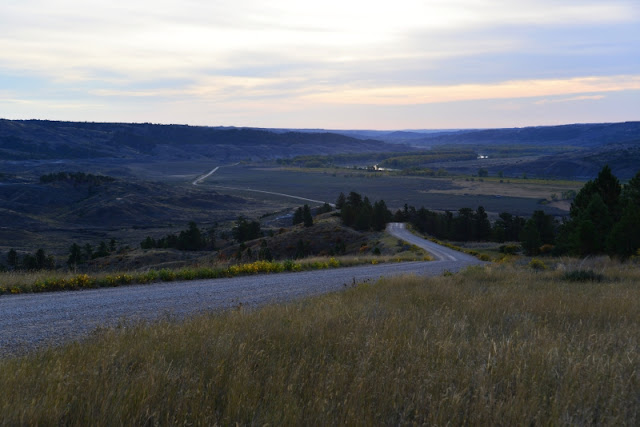 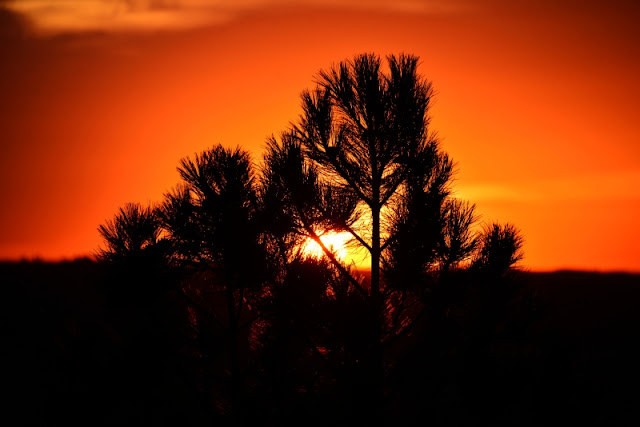