It's been a while since I was able to post.  I have a selection of winter photos for your viewing pleasure. 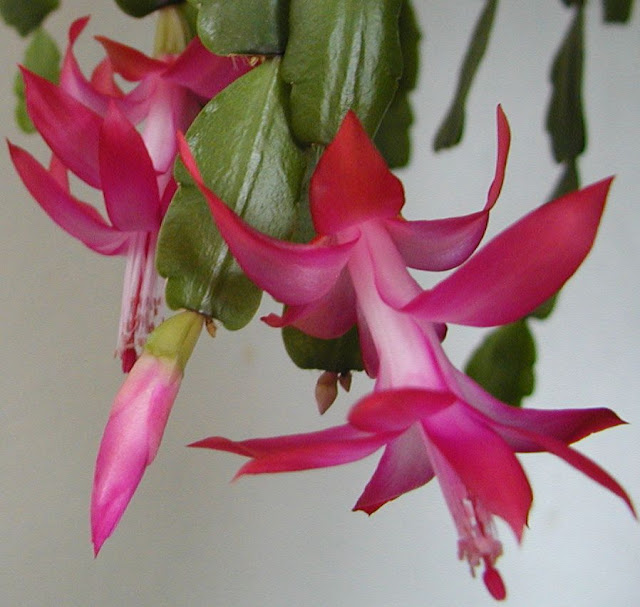 I spotted this hawk, resting in a tree. 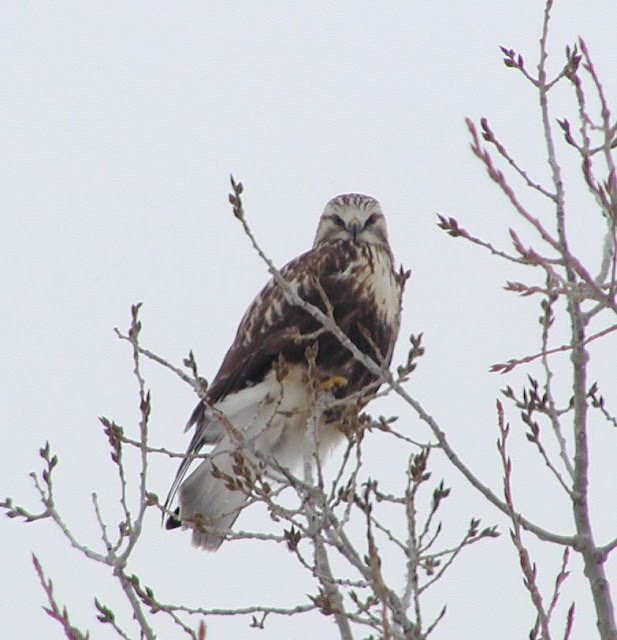 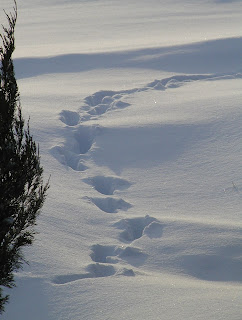 A deer had meandered through the snow drifts.


This fawn has lost its Mama to hunters. 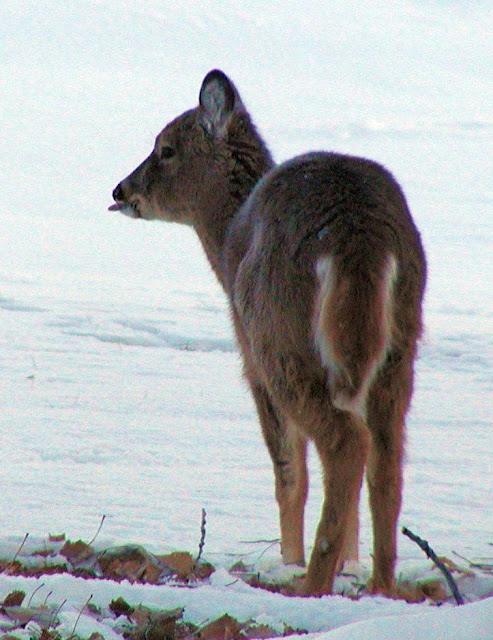 I love the contrasting colors in this shot. 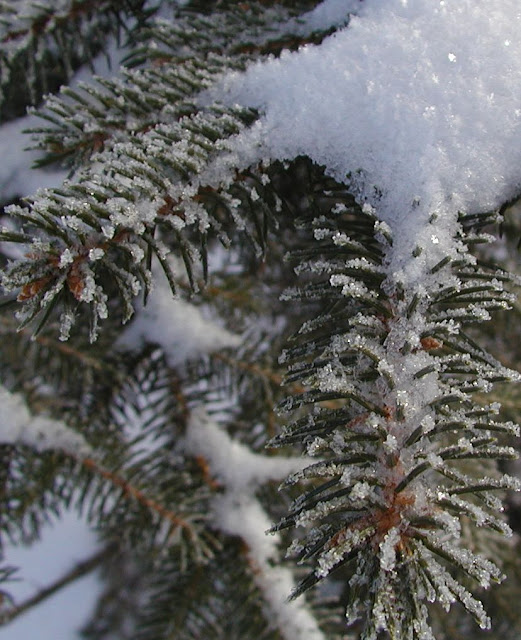 The ice crystals appear to be made of glass! 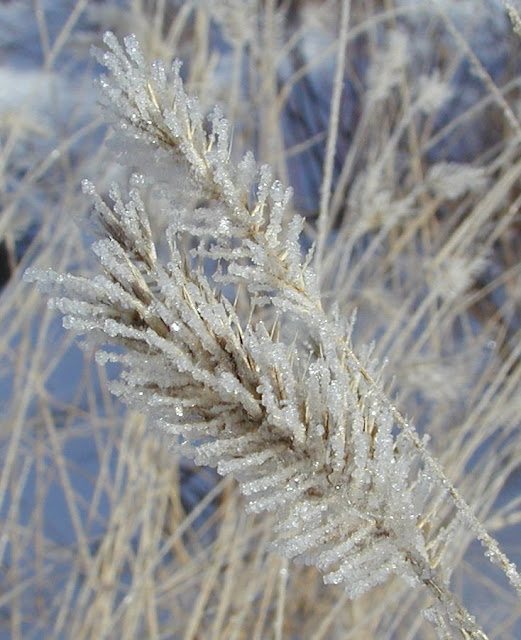 Another look at frost laden grasses: 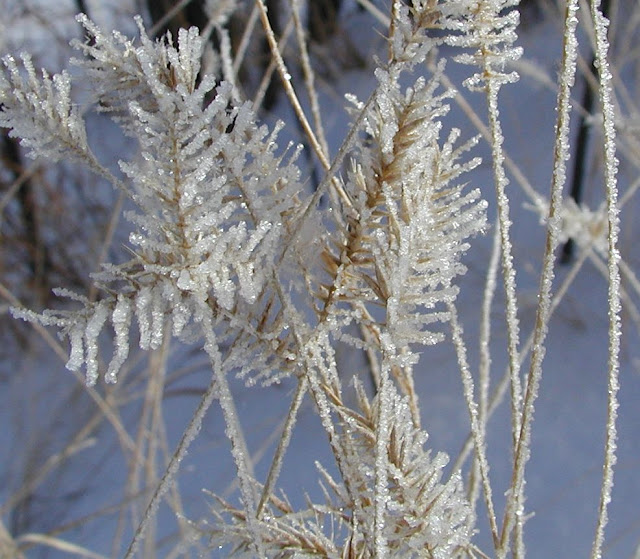 I took this shot under flash one morning.  It looks more like foam than frost! 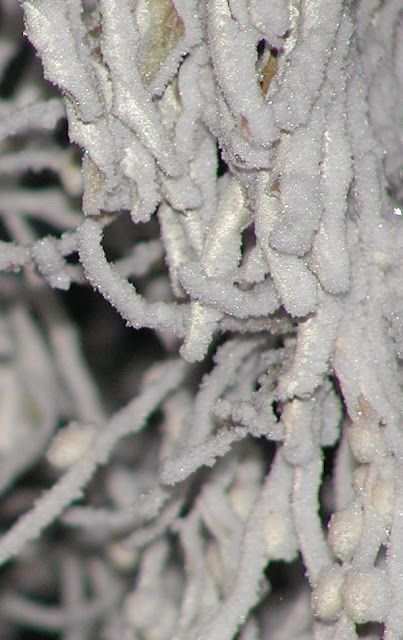 A similar shot under natural light. 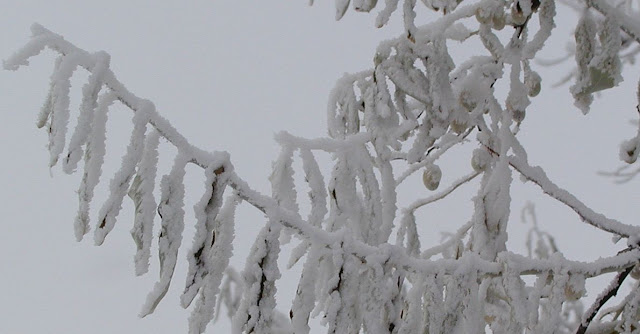 Before the river froze over, I spent some time capturing the silvery reflections. 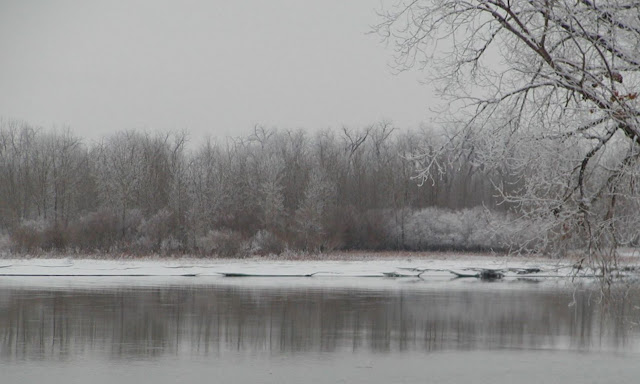 Icy fingers reach out into the water from the river banks in a world of gray and white. 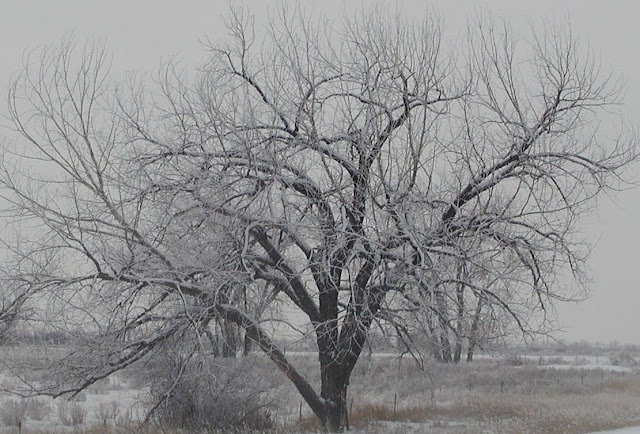 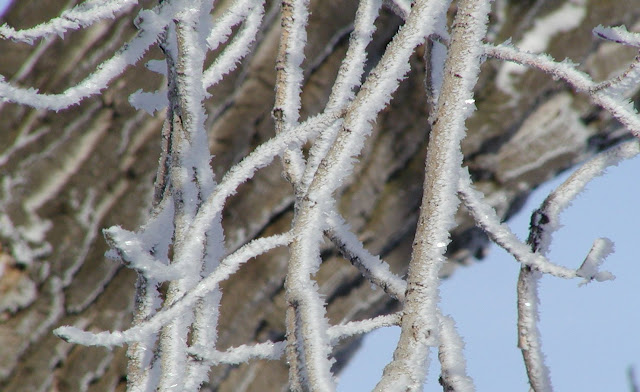 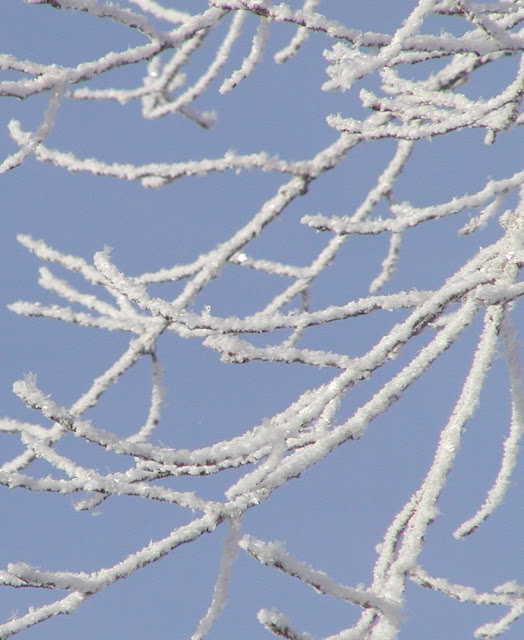 I spent some time in my garden, admiring dill heads in the snow. 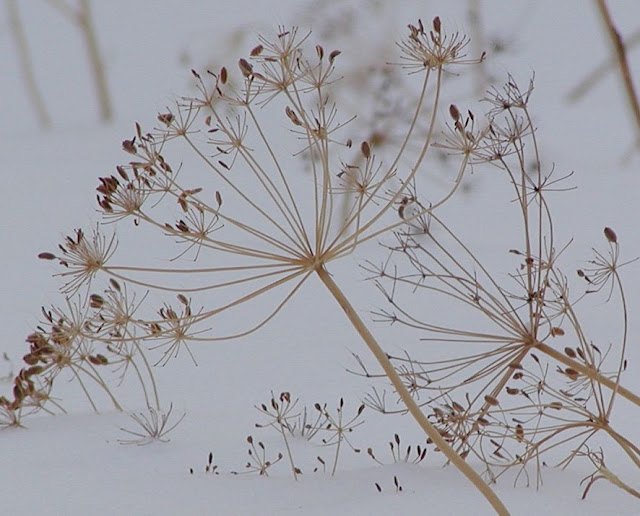 Here, grasses bow in the snow. 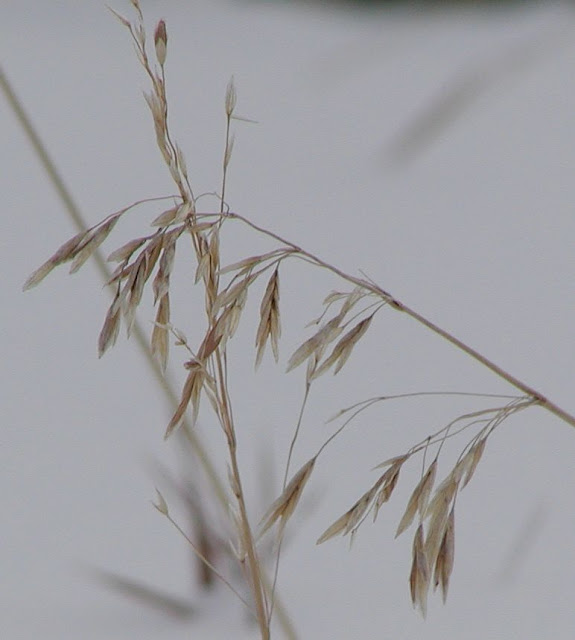 While shoveling snow on a cloudy day, the sun began to peek through. 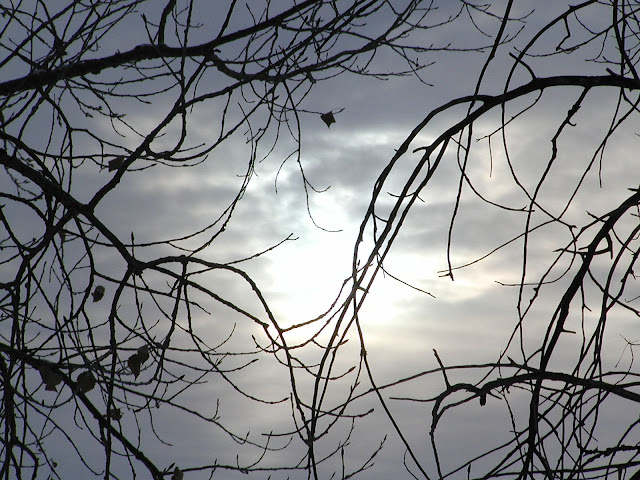 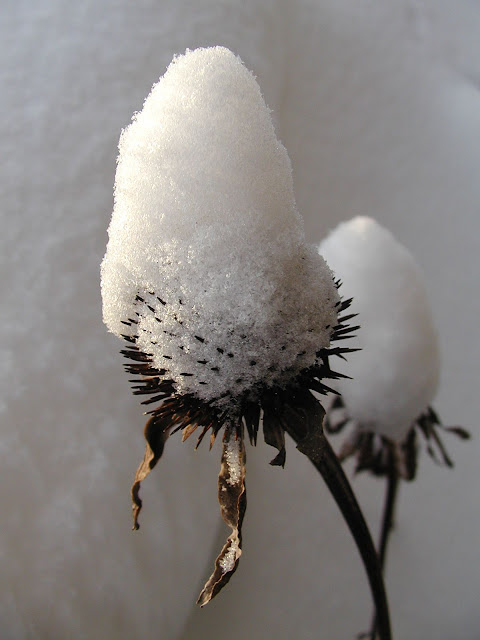 During a snowstorm, this small army of grouse marched across the field, to rest as a group.

Email ThisBlogThis!Share to TwitterShare to FacebookShare to Pinterest
Labels: I love the snow capped heads.