As promised, the tale of Nicaragua awaits.  But first a bit of back ground.

Jim's cousin Jay had moved to Nicaragua.  One day some years back Jay stopped in to visit and invited us to come.  I immediately began dreaming of a trip and we had planned to go but health issues got on the way and we were grounded from flying.  We again planned the trip.  I then found out I had to have my shoulder surgery and recovery would be during the time we planned to go.  I spoke to my surgeon ( and later) my physical therapist and both said to go, cautiously.  While I probably would not recommend it to others (unless you are Norwegian), I would do it again in a heart beat!

Once cousin Jay found out we were on our way, he asked if we could bring a mig/tig welder to him in checked baggage.  Since he'd carried a chain saw and other "necessities" in a checked bag on previous trip, we agreed.   We were both too Norwegian to have realized that this would be a challenge for a one-legged man and a one-armed woman!  And so cousin Jay had the welder sent to us.  As luck would have it, my large bag bought in China to replace the brand new bag that Korean Air destroyed....was large enough to fit the welder.  But, it was much too heavy.

We found a suitable bag at good will in Billings and Jim disassembled the welder enough to get it down to a manageable weight.  The stinger, cord, reel, door, tips, etc all went in the goodwill bag (more on the welder later).  And I had room!  So I filled the case with some of the most important things in the world.  Toilet paper, candy and toys!  And I had just gotten out of my sling.  All was right with the world.

We planned to drive to Billings, stay the night and board the EARLY flight (0600 departure time).  And so it was, we were on our way to Billings. 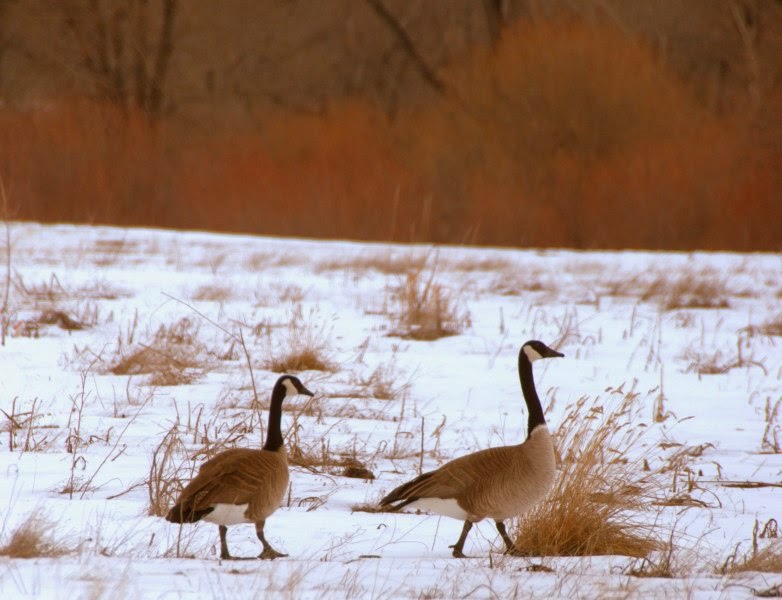 Canada geese, back in town after a winter spent south. 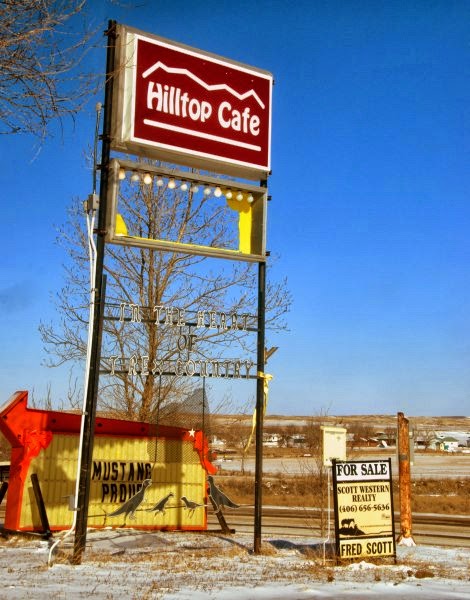 My Godfather (of which I have two and no Godmother because the women wouldn't have me, so I'm told), listing the Hilltop Cafe in Jordan, for sale.  Hi, Fred!  Anyone want to buy a cafe in Jordan, Montana? 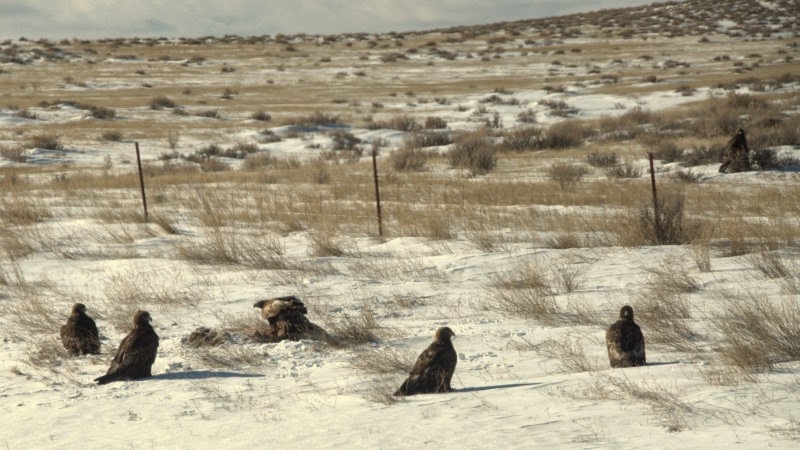 Crew of youngun' waiting their turn on a deer carcass. 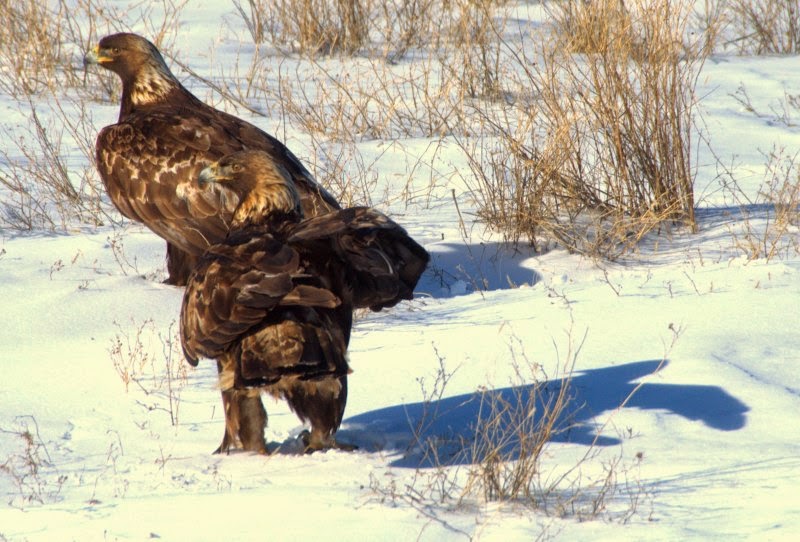 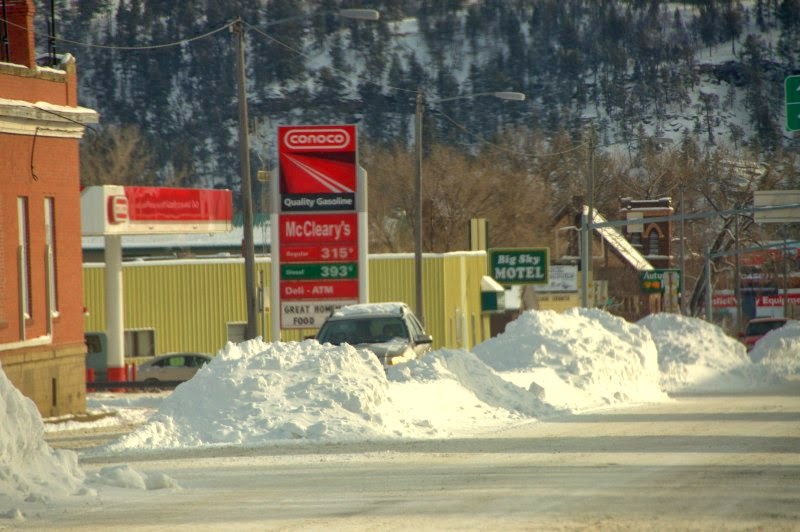 Yep, it's a good time to head to Central America! 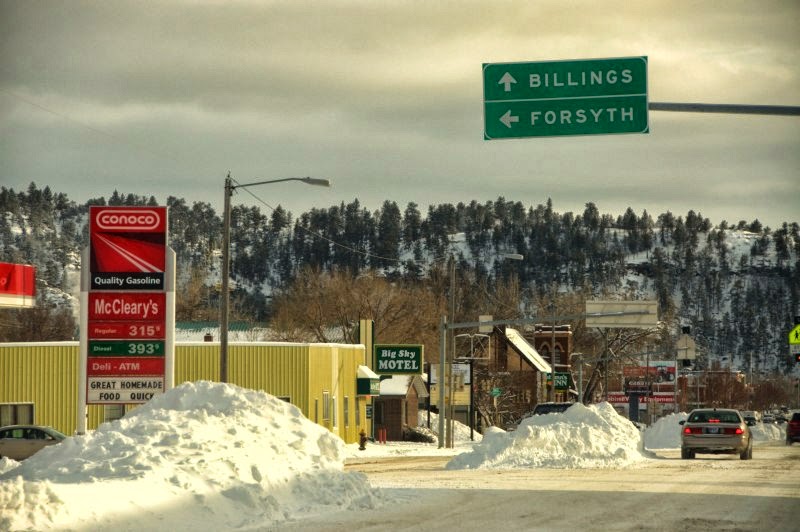 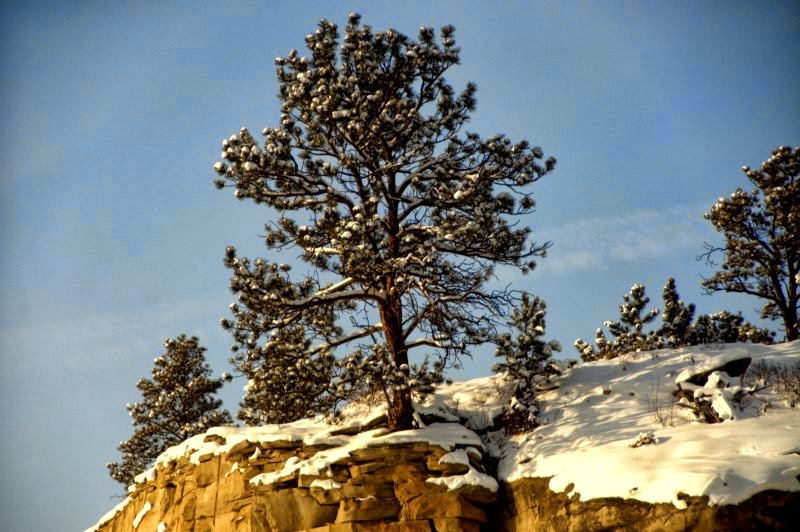 All dressed up in "winter whites". 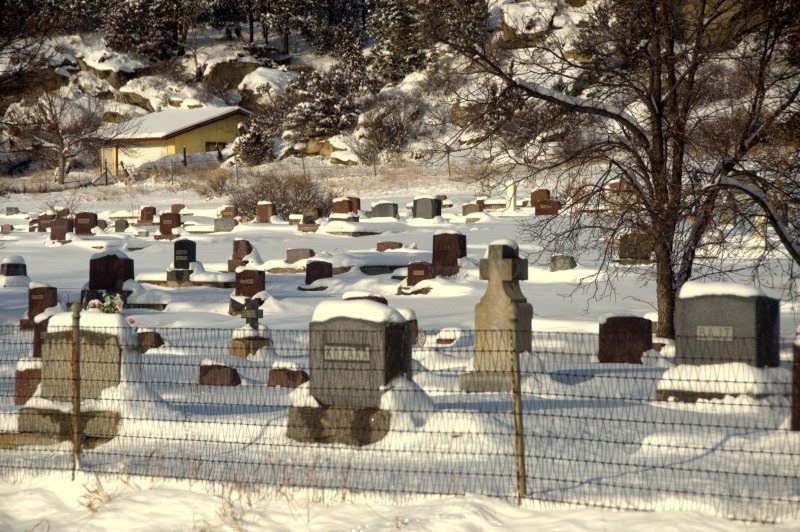 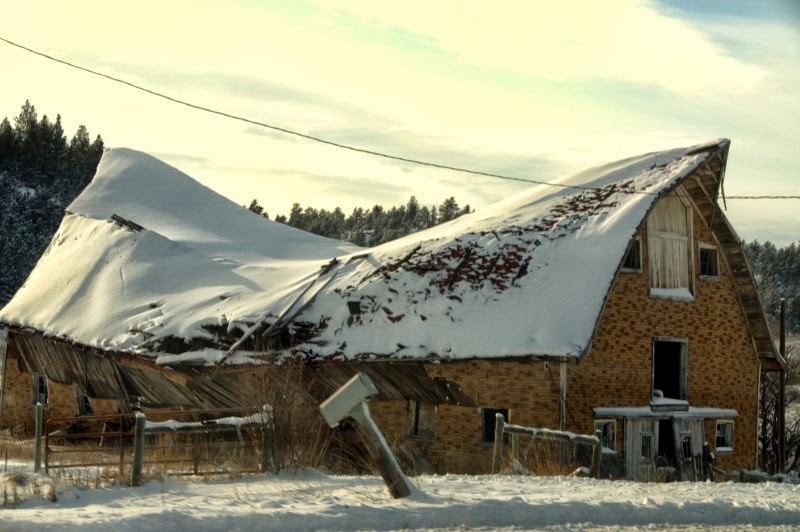 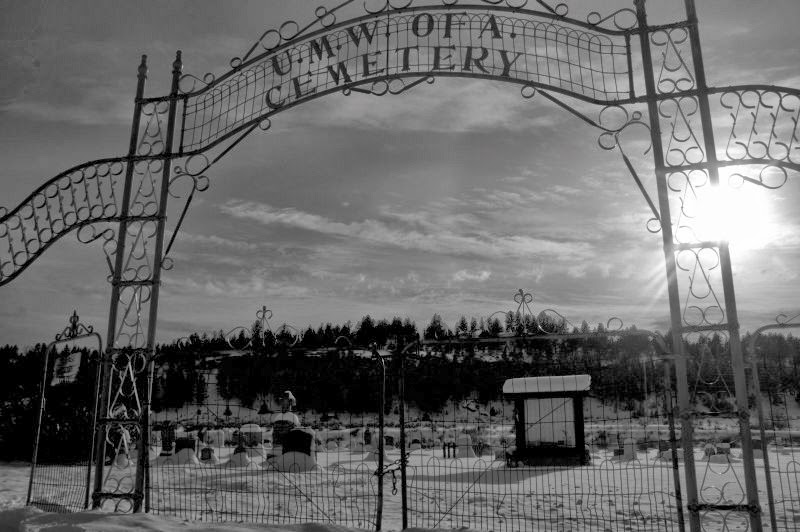 United Mine Worker's of America? 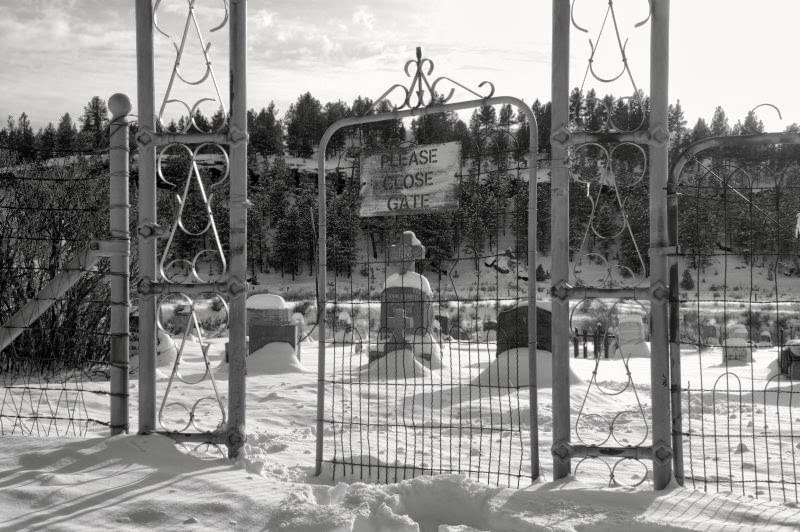 And yet, it was left open. 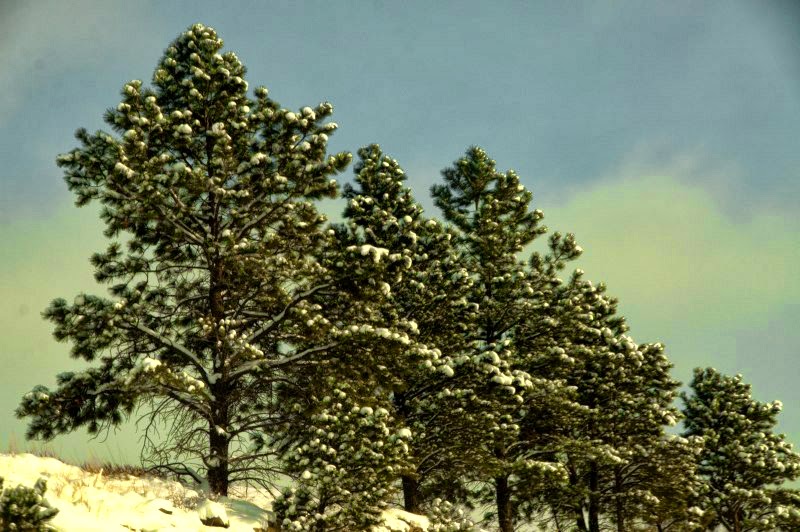 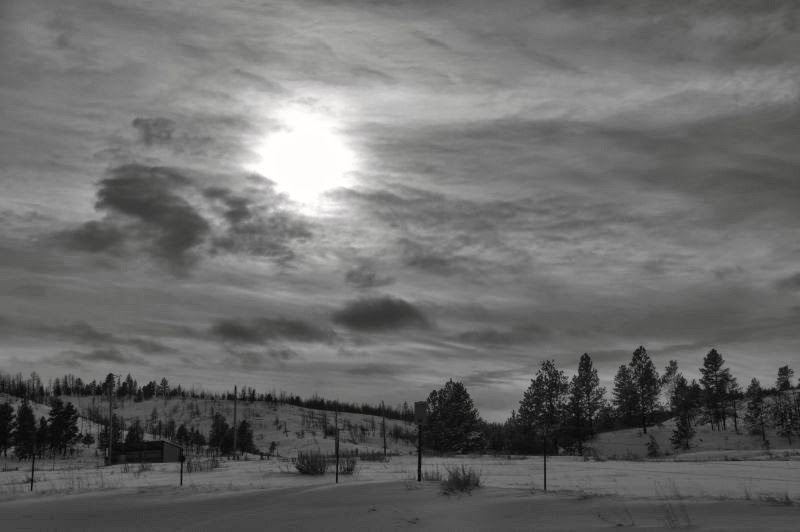 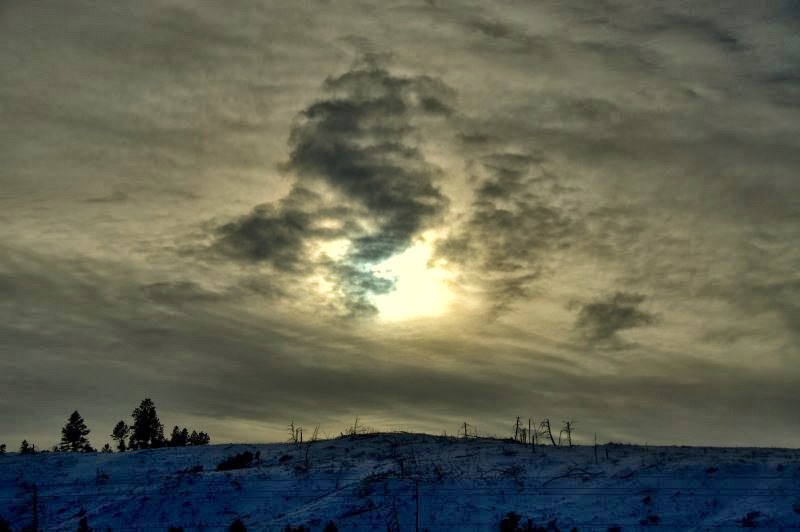 Shadow lands.  (Love the pop of blue in the sky).

Upon our Billings arrival, we cruised by the airport and made arrangements for long term parking.  I paid a visit to the United counter and discussed the time we should be at the airport.  We were told NO LATER than 0430!  This meant a very short night's sleep.  But no vacation is complete without some trials and tribulations, right?

We ate a light supper and checked into our room as heavy snow continued to fall.  0245 was going to come VERY early!