The Kolden Report: It's a family affair, part four.


I forgot to mention our exit from Mexico!   We were carrying on in the car, like a bunch of teenagers, with me driving.  I was NOT paying attention and drove right up behind the car currently at the guard shack.  Apparently this is NOT CONDONED and for a bit I thought surely I was going to Mexican jail forever.  The female guard chastised me soundly and I apologized, pleading first timers excitement.  A cone was placed between us and the car ahead and I was quite sure we were going NOWHERE, until SHE was good and ready for us to.  This was a correct assumption.  Eventually we did get a turn and were let out of Mexico, much to my relief.  My parting words were, "See you tomorrow, if you are working.  I'll get it right THEN.  You'll see!"

Today was the day we would head north.  Cindy would take the motor home to Lake Havasu, followed by Penny and Mom in the rented, red Dodge charger.  Dad and I would return to Mexico for the last of his dental work and then high tail it North for a doctor appointment in Lake Havasu City.  We would stay with Jane.  Sounds simple right?  Wellllllll.  Not so much.

It all started out fine.  And the girls made it to Havasu in record time with no problems other than the stench of sewer in the Motor home.  Dad and I didn't fare as well.  We got into Mexico easily enough and  parked only to find out his appointment was not at 8 but 9, which was okay as Mom and I  wanted pine needle baskets.  Dad and I found the booth, purchased the baskets and returned only to find that I had to move the car onto the street into a spot barely large enough for the car.  After a 96 point turn, I FINALLY managed to get the car into the space, wondering if I could shave a few points off of that to get back out?

We settled into the waiting room at the dentist office.  Eventually the dentist arrived and work began.  It wasn't long and we were back on the road again, to find a woman, frantically trying to "cut" into the long line of traffic waiting to exit Mexico.  She ran up to several cars in front of us, beating on windows trying to convince someone to let her in line.  Soon, she did the same to us and Dad said, "DON'T LET HER IN!"  The old lady behind us laid on her horn, shaking her fist, insistent that we NOT let her in.  And so it was.  We ignored her and she finally left, only to return later with a driver in HER car.  She then hopped into the pickup in front of us.  The young man who was being ousted from the pickup,  retrieved his belongings, got into her car with the other driver and so it was.  She was now leaving Mexico in another vehicle.  Ahead of us.

We inched toward the border station and I watched the woman in the pickup ahead of us conversing animatedly to the uniformed soldiers with guns, who then waved us aside and ordered us out of the car.  I got my purse, got out and went around to Dad's side.  A thorough search was performed of the car and Mom's bottle of diabetes medication was found in the glove box.  We were questioned about it and thankfully it had come from Mexico.  Next, I had to open my purse and describe the contents to the guard.  Eventually we were allowed back into line.  I'm still not sure what happened but I have my suspicions.  Perhaps the woman in the truck ahead was feeling out of sorts because we didn't let her in line and reported us as drug running gringo's?  Perhaps the handicap parking card was a red flag, since I was driving?  I'll never know, but it was a wake up call.

And guess WHO was at the guard shack when I approached appropriately?  You got it.  I greeted her as if we were old friends and she said, "I thought I'd never see you again!"  My reply was, "Do you mean you HOPED you'd never see us again?"  She laughed and told us she was not to be working that day, and not outside in the booth in particular.  Crazy , huh?  Eventually she told us she was moving North to be with her fiance' who was at a border crossing in North Dakota.  Small world!

Soon, Dad and I were on our way North, making it to Havasu with a whole 45 minutes to spare.  I love it when a plan comes together! We arrive at Jane's to find her "guard dog", on duty. 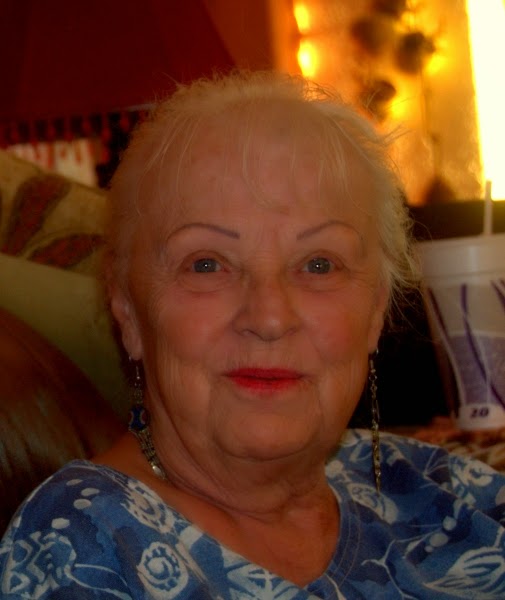 The next day, Jane and Lillian again entertained the family during a wonderful breakfast before we "broke camp" and headed north. 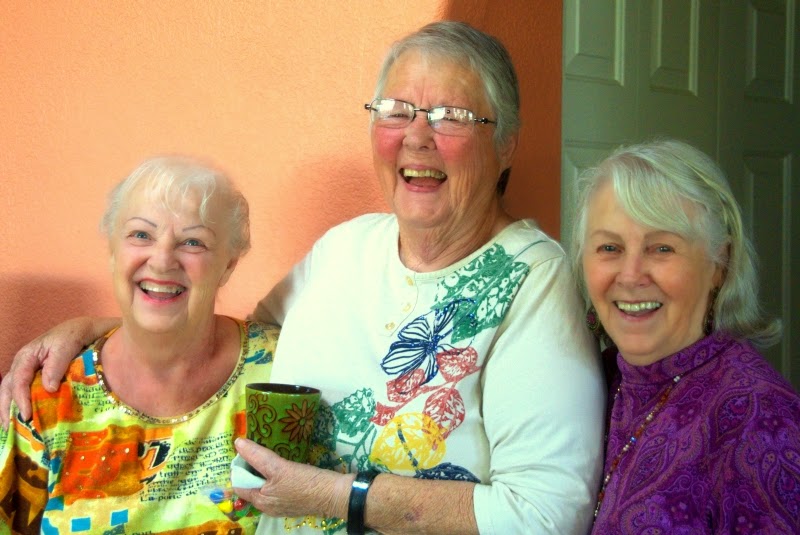 Three amigos.  (It was touching to watch the love between old friends.) 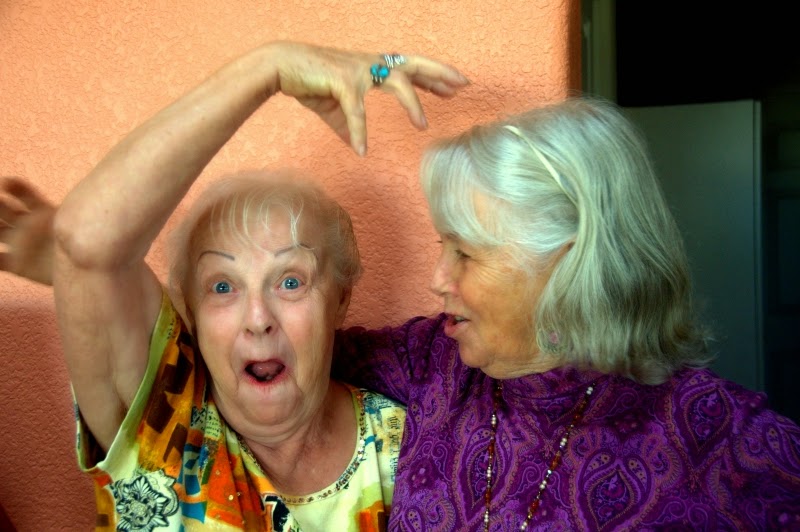 Lillian and Jane cut up for the camera. 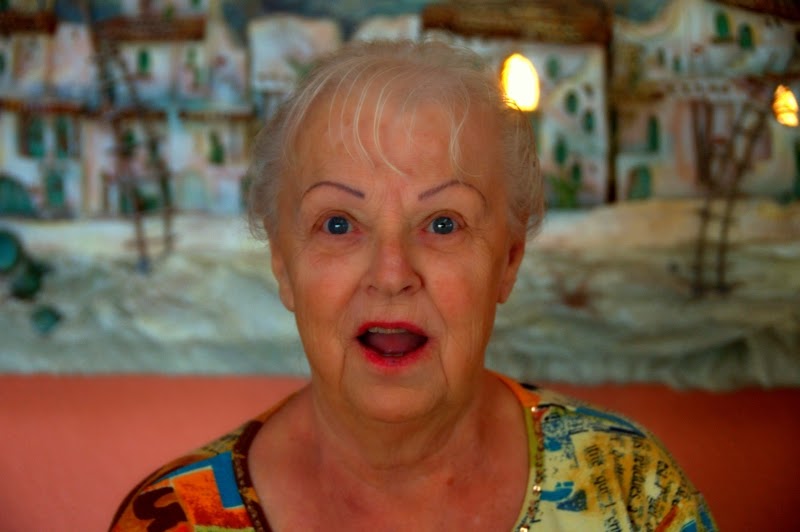 Miss Lillian.  (Yes, the "pistol" personality runs in the family.)

On the road:   Dad and I in the motor home, Penny and Mom in the red rented charger and Cindy in the folk's Prius.  At Hoover Dam, Dad and I cut off through the park, along the lake,  to avoid Las Vegas while the girls headed into Las Vegas to return the rental car.  We were to meet up in Ely, Nevada for the night.   Needing a rest break, Penny, took a "short cut" to the rest stop...by avoiding the exit completely.  She just did an "exit, stage right!"  Mom, not normally a calm traveler, just reached up and grabbed the panic handle as Penny drove off the interstate and into the ditch in a cloud of dust.  Cindy, in the Prius, wondered WHAT  they were doing just bailing off the road Dukes of Hazzard style,  but kept going to the "REAL" exit.  Penny, realizing the error of her ways as Cindy drove on by, did a u-turn in the weeds and found her way back onto the interstate.    Much to Penny's delight, Mom's comment to all of this commotion was, "If we'd have just kept going the way we were.....we'd be "sitting" by now." 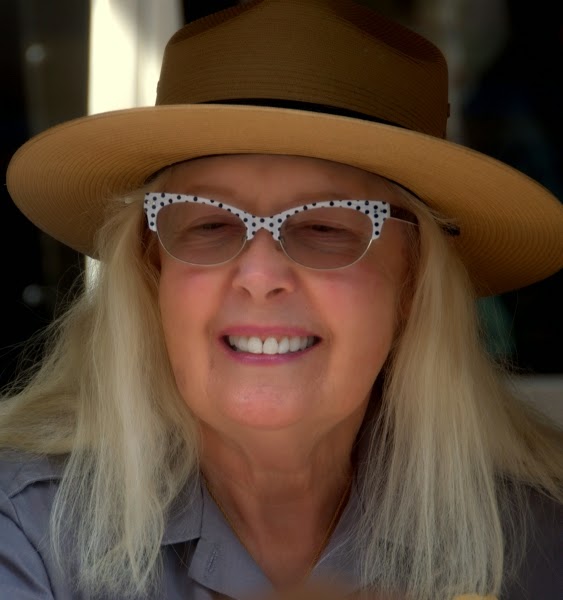 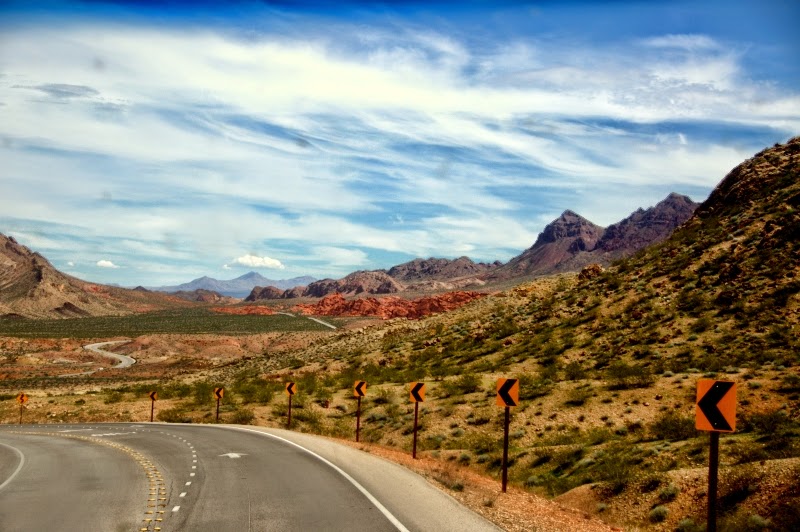 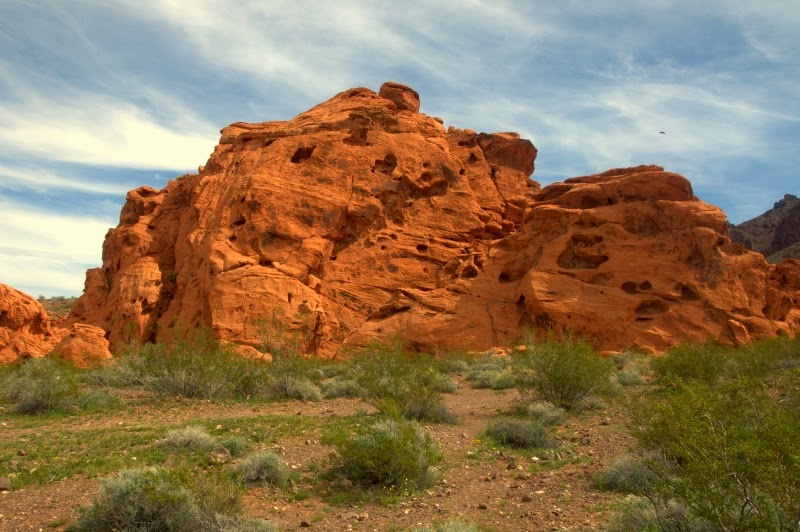 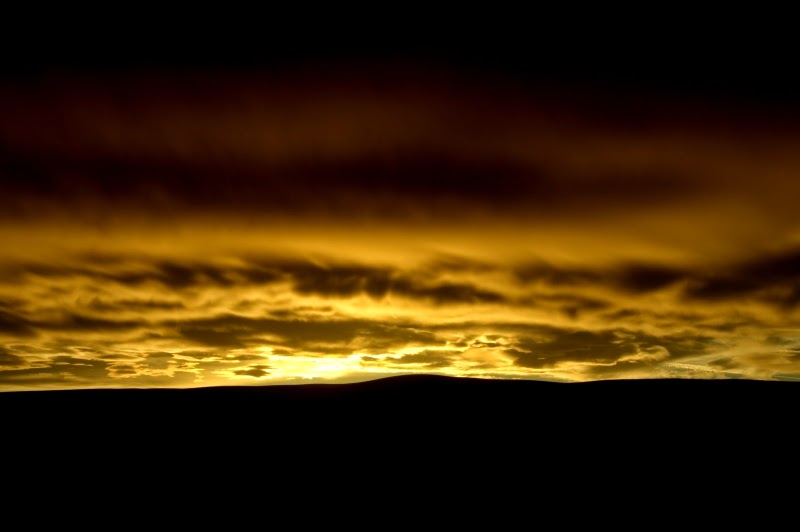 "Let the beauty of what you love, be what you do." - Rumi