I have a few panoramic shots from previous reports.  Better late than never!

Wild and scenic.  Sunrise along the Upper Missouri River Breaks with the Little Rockies in the distance.

The White Cliffs outside of Square Butte, Montana.

Now, back to the mountains! 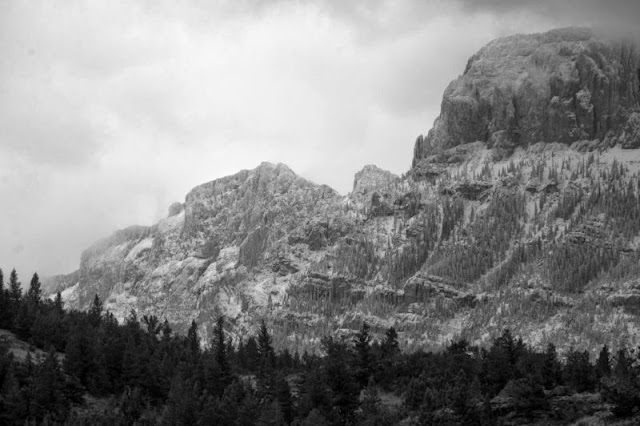 Rough and rugged.  Imagine homesteading this country, traveling on foot or horseback.  In the winter! 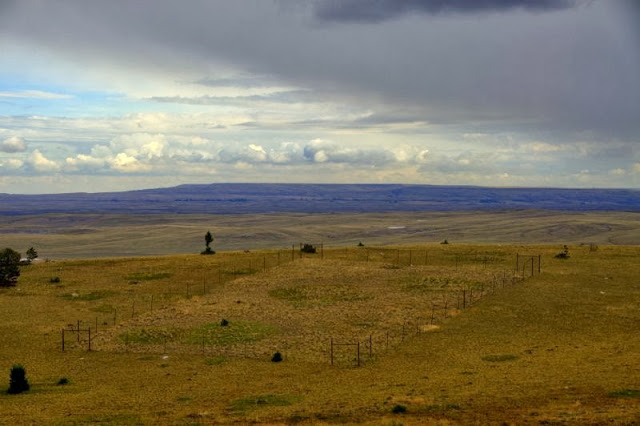 We came across this fenced area but could not figure out why it was there.  The fence is too short to be a hay pen.  Perhaps it's some study on the impact of wild life on native grasses? 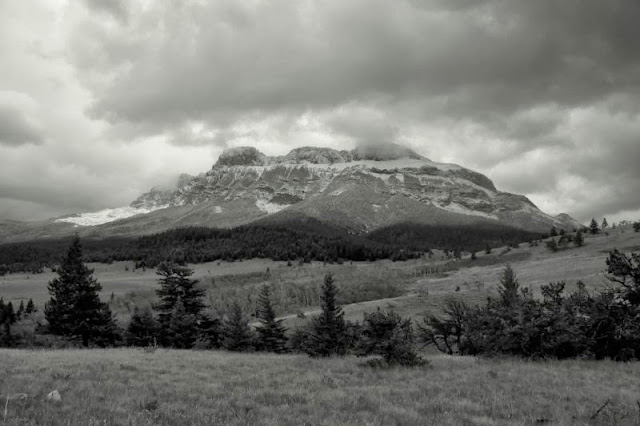 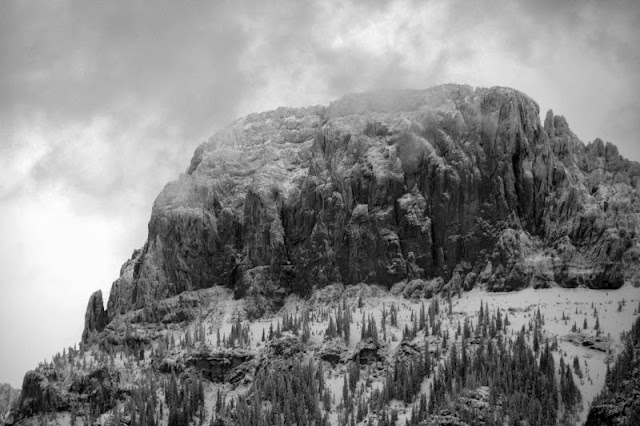 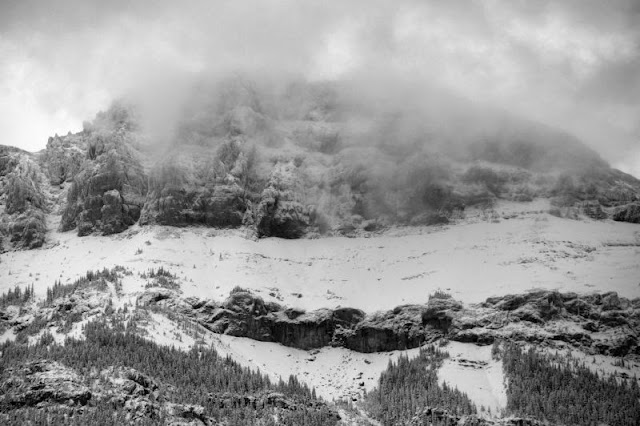 I want to see what the mist obscures. 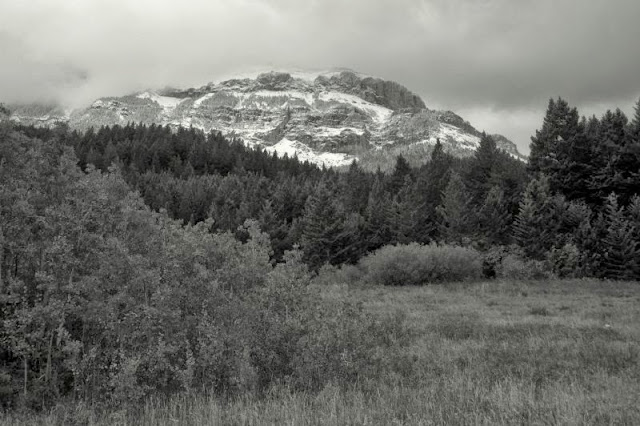 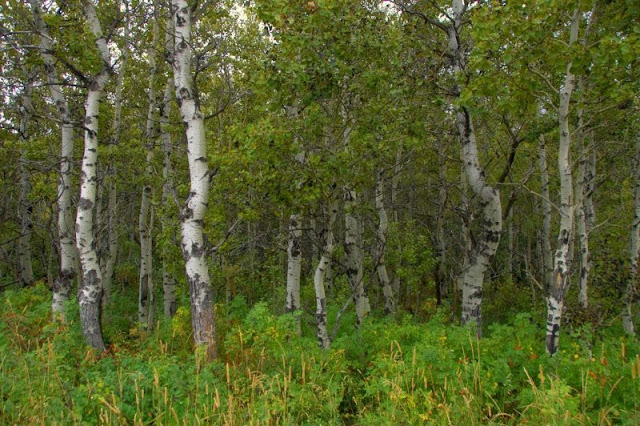 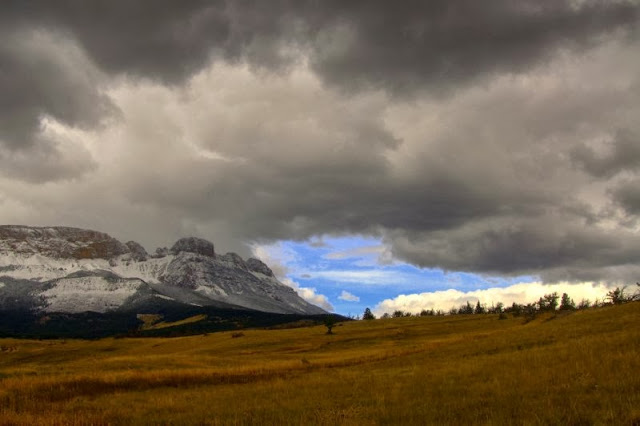 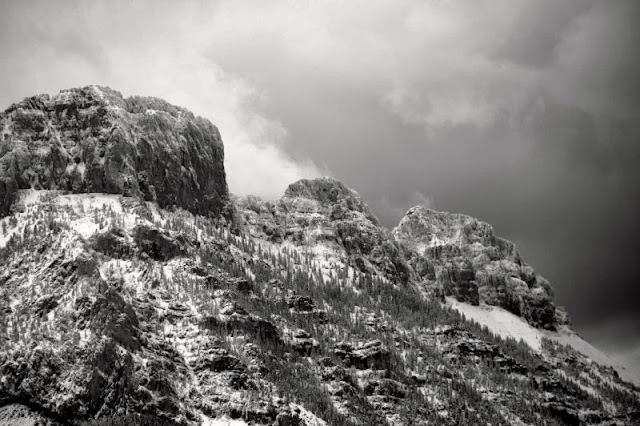 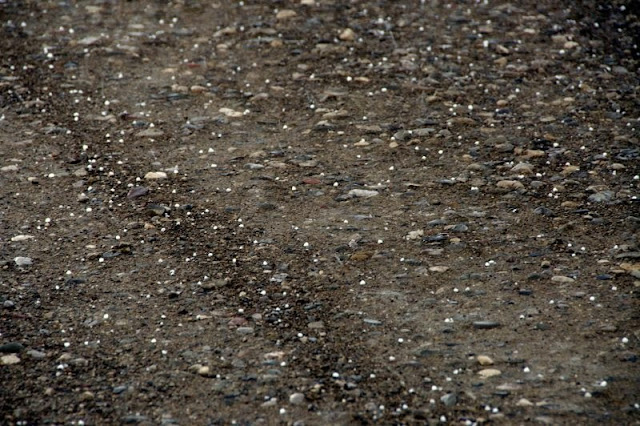 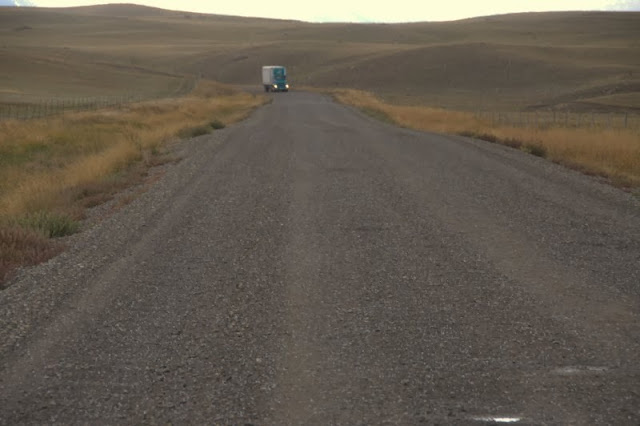 I had to laugh at meeting the GFG food truck out here! 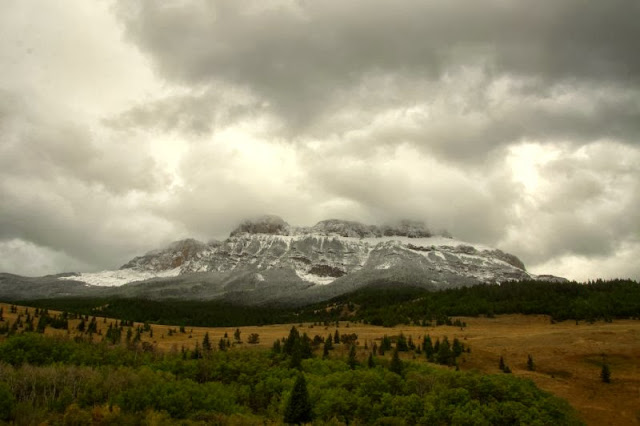 In light of the zealous response to my past exploits, here are a few more:  An older, city guy from back East hired on the crew, name of "Buffalo".  One cold and wet winter day, we were all crowded around the fire, drying our wet boots and gloves (propped on sticks)  while cooking our cans of Campbell's soup near the fire.  All the sudden we heard the high pitched squeal of "contents under pressure" and those of us who knew better, quickly turned our heads just as Buffalo's can of soup exploded.  The sheer force of the projectile noodles blew all of our gloves over and everyone roared with laughter except Buffalo, as he sat there with noodles dripping from his hair and beard.

And then there was Jungle Jim, Vietnam vet with a strange sense of humor.   Jim was very talented and would while away his down time flint  napping points to salt the ground with..hoping to fool the others into thinking they had found an ancient artifact.  That was all well and fine although I quickly learned NEVER to call Jim's attention to an insect of any kind.  Once, after pointing out a gorgeous, fluffy caterpillar...I watched in horror as Jim popped it in his mouth,  ATE IT and laughed.  The war had touched Jim.   After being held captive, he was warped at best.   I tried my best to get along with him but it was useless.  Such was the day when a coworker and I crawled into the crew van at the end of a long day  to find a snake coiled around the steering column, head on the horn.    The snake was dead and Jim was FILLED with mirth at Lisa's screams.  But, Jim's plan was not yet complete.  He grabbed the snake, bit off the head and SPIT it at us.  To me, that was going TOO FAR.  I wonder if he ever found peace?  I sure hope so.

A good hearted soul  known far and wide in the oil patch was "Uncle Piss".  He said he got the name because he had rusty eyelets on his yellow tennis shoes from a ride he took in a harness, attached to  the end of a helicopter's long line!    Friends of Peter Giagiari (Uncle Piss) claimed that his wealthy family back East paid him to stay away!   One night in Augusta, after a naked sleepwalking Peter had too much to drink, he was found attempting to cover himself with only his hands after having gotten locked out of his rooming house.    The oil patch was not without it's share of characters, to say the least.