Good morning, kids!
I had a blast capturing images yesterday morning!
When I first arose (before 0500) the sky was awash in pinks and purples. 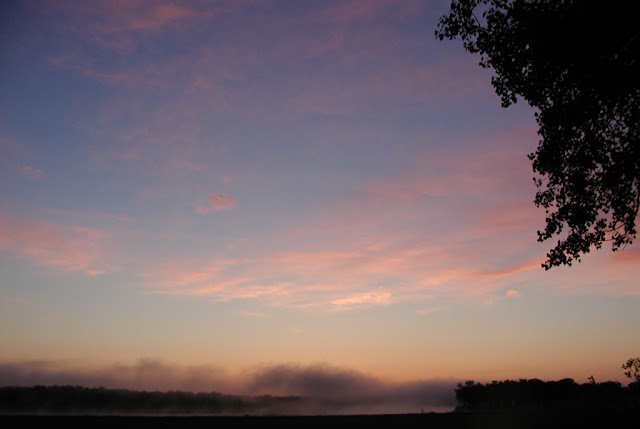 There was a light fog on the river and I spied a doe about belly deep in the alfalfa. 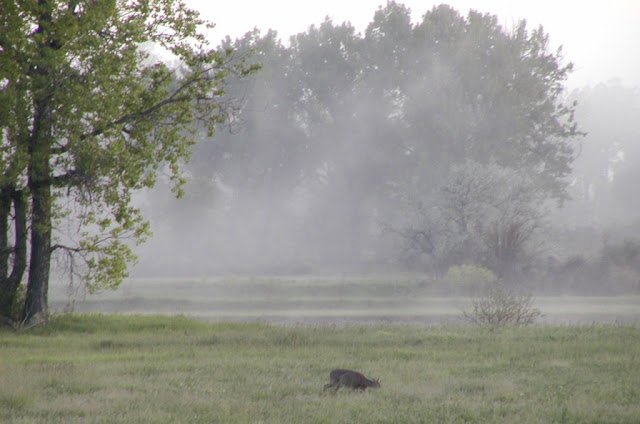 Waves of fog rolled off the Missouri. For some reason, the sharp edged cottonwood leaves and stark branches spoke to me in this shot. 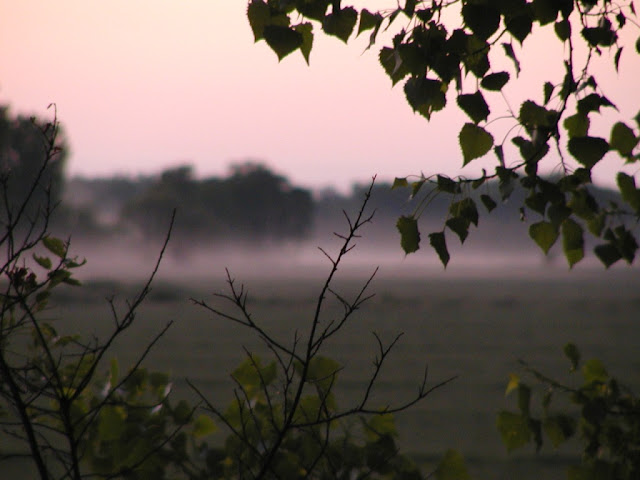 All of the sudden the fog began to thicken as the sun rose higher.  The sky turned orange and yellow while the dense fog nearly obscured the river.

As I was leaving home, the fog was dissipating, allowing the sun to shine on dewdrops. 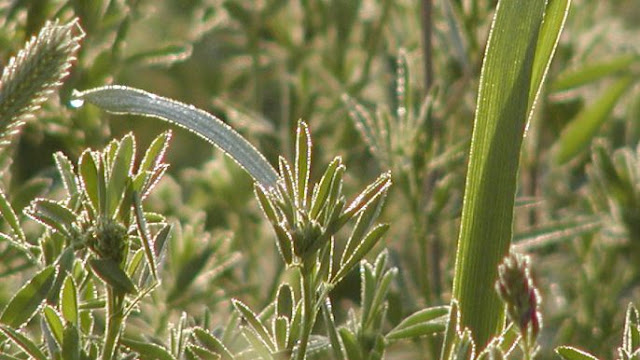 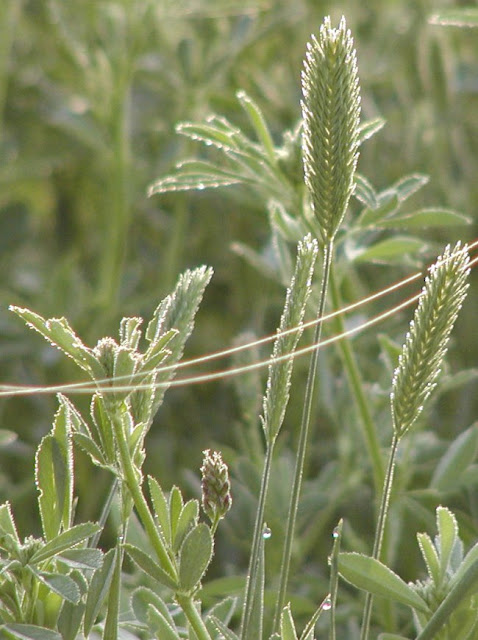 Have you ever looked at greenery up close and personal?   It's quite beautiful in a feathery and soft kinda way! 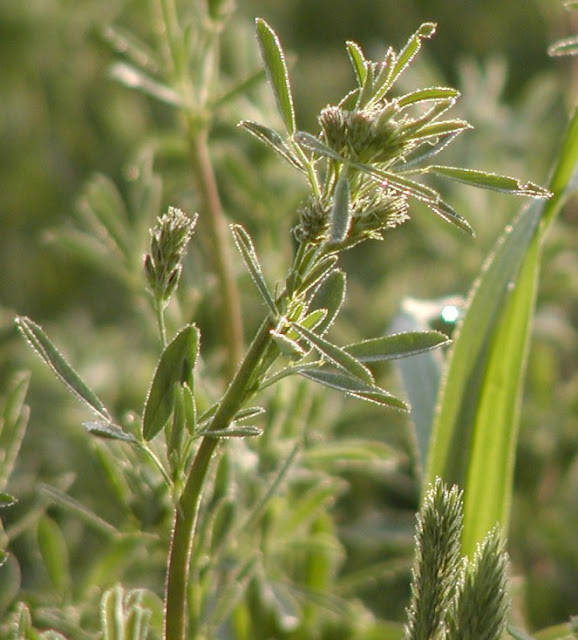 Many tiny droplets cling to grasses. 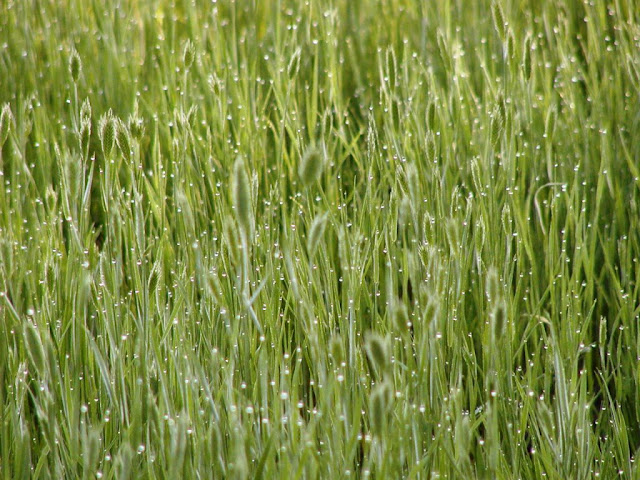 I love that only portions of this spider's silk are visible.

The sunlight backdrop gives the illusion of silvery illumination. 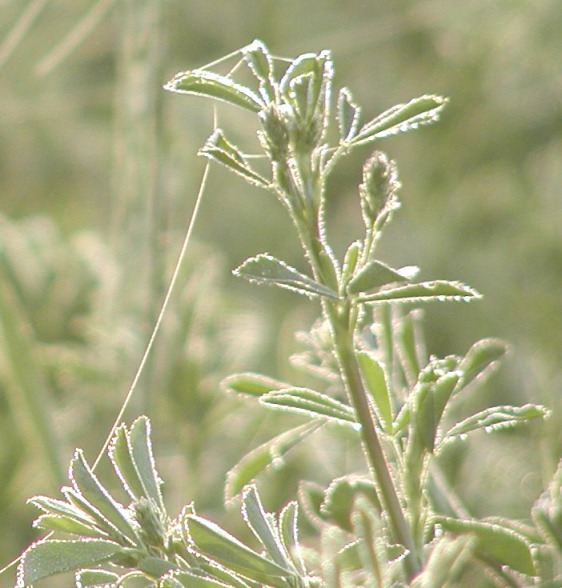 This morning, I watched two coyotes hassling a doe.  It appears that there are now mangy coyote one and mangy coyote two.  I tried to shoot the frey but the low light and 900 foot shot were beyond my old camera's capability, unfortunately.
Not long after the doe chased the coyotes away from her hidden fawn, they came back.  And...so did she - with a vengance!  The worst part for me was watching them tag team her.  One sat watching while the other darted in toward her and then away again.  Soon, the second coyote took a turn at the doe and I was sure that the doe must have been exhausted!  This is a part of nature that does not appeal to me much and had I certainty that I could have drilled the marauding coyotes, I may have fired off some lead.  Instead....I only watched, hopeful that the doe would prevail....and she did....for now.
I did capture a golden reflection on the Missouri as the sun climbed into the cloud cover. 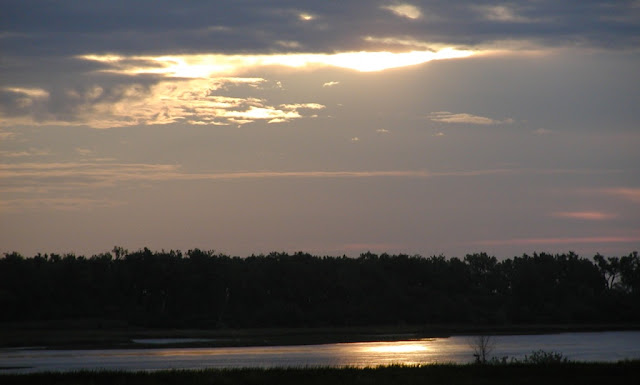 The thought for today is for Sharon:  One man's "trash" is another man's "treasure".
Posted by Unknown at 9:21 AM