Good morning, kids!
Daylight came today to find two raccoons rolling about in the murky darkness just before dawn.  There was no way to get a shot of them without some type of night vision camera unfortunately.  I did enjoy watching them and wondered if that wasn't some mating ritual, pre-coitus?
It turned into another rainy day here in big sky country.  Gentle droplets are falling and the gray skies would be conducive to a nap if I had a window to see out of at work!
This old case tractor spoke to me today. 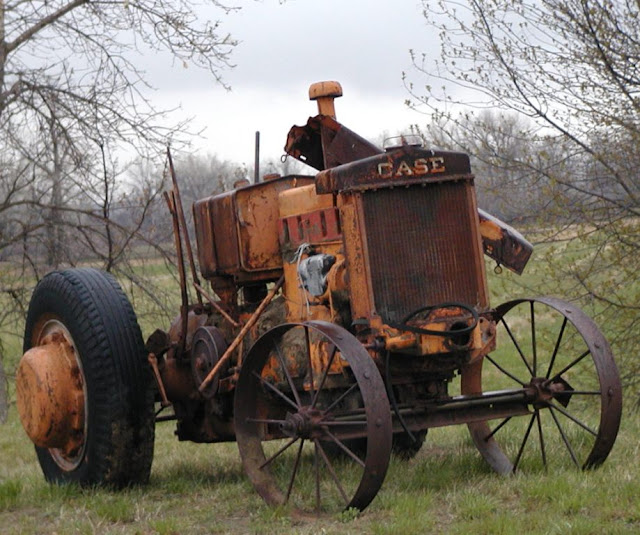 Down the road, this bird held for pictures.  (Julie, what "flavor" is it?) 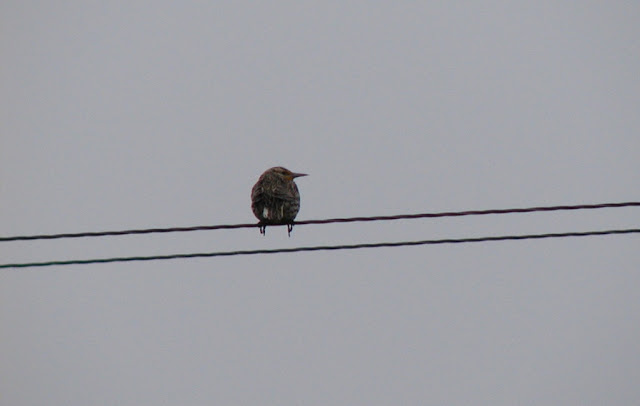 After he (or she) gave me the once over, he began to sing loudly. 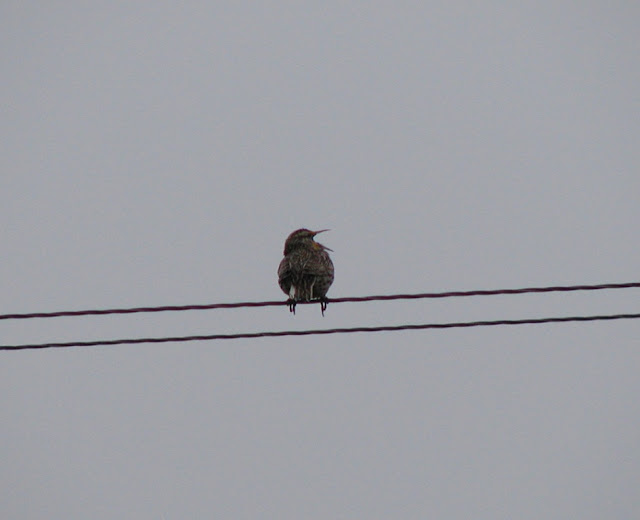 When he finished singing, he looked over his shoulder at me as if to say, "How was that?" 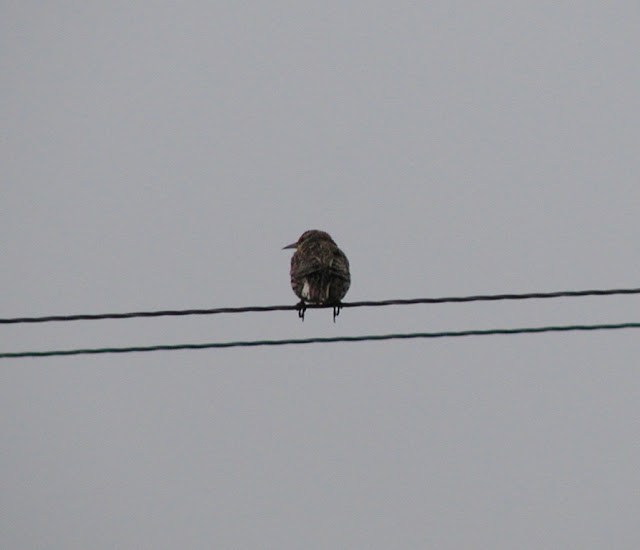 Shortly thereafter, he began to his song again. 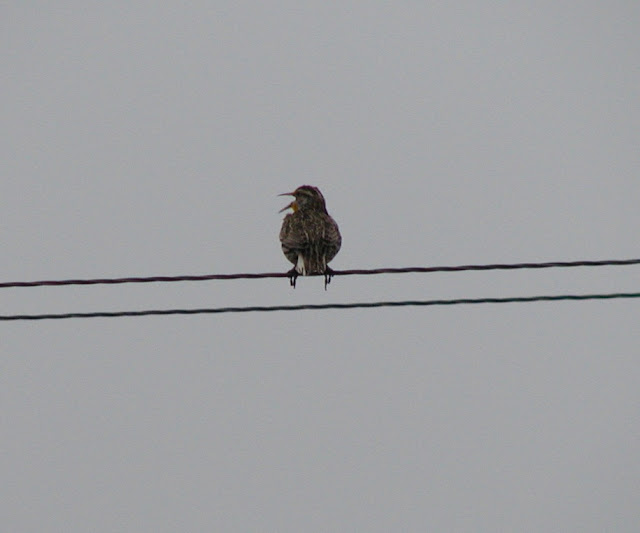 I did play a little game with a rooster pheasant this morning as well.  He was along the road near some bushes.  When I stopped, he stopped.  If I backed up, he went forward.  If I rolled forward, he backed up.  This went on for some time and I tried to get some shots but could not force the camera to focus on the bird.
I was moved by the gray, rainy skies over the Missouri river.  The country is drinking in the moisture and responding by "greening up". 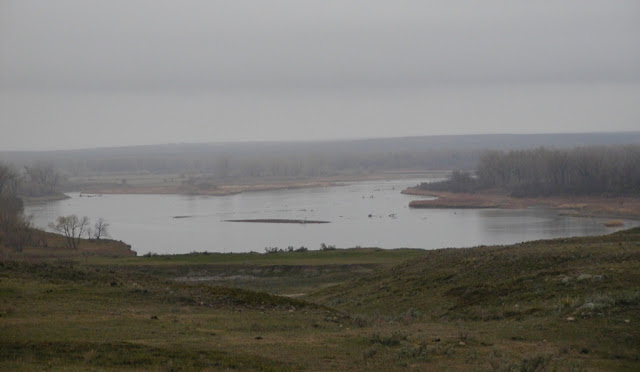