I am playing with frames and borders to see what I like and what I don't. This sunrise looks like fire, rather than sunrise! 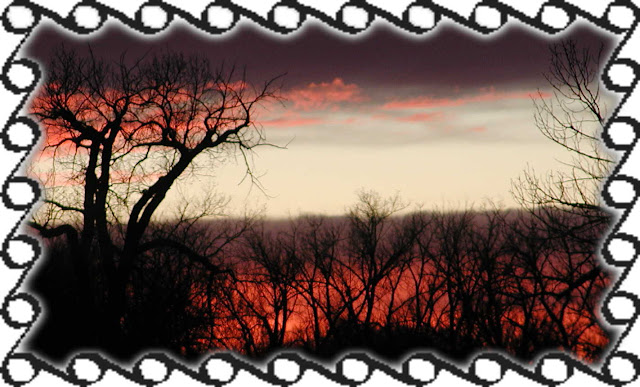 I have been enjoying the songbirds visiting the lanai. They move so quickly that it's difficult to get a shot of them before they flit off. 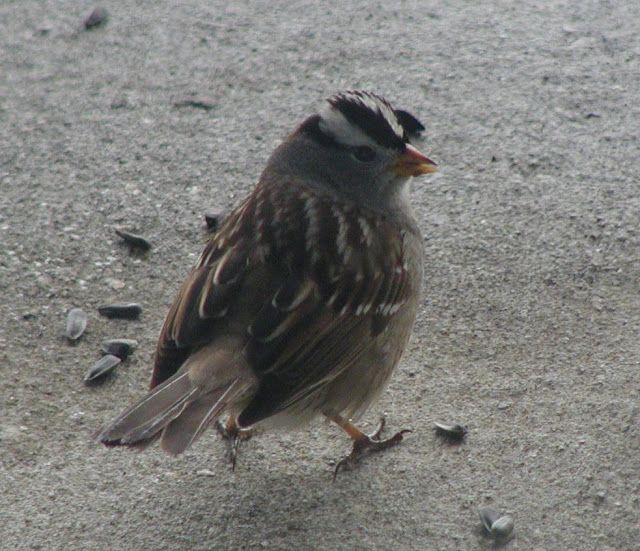 When my folks were here, this week, we were all watching the game out the window after supper when this rooster decided that this hen was looking pretty good. I hadn't even noticed the hen's tail until I saw it in the picture. When it was all over, the rooster fluffed up his feathers and they all went back to eating. It happened so quickly and I was tickled to see that I captured the essence of the speedy ritual.   While not in perfect focus, you get the idea. 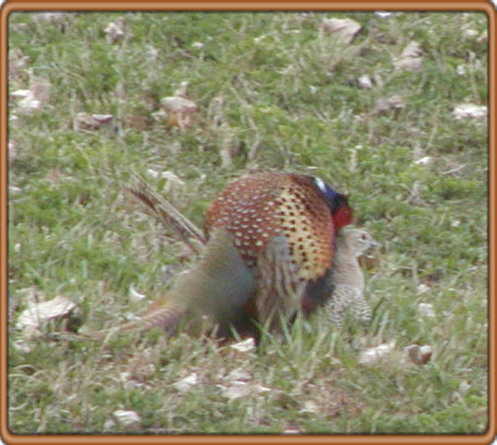 Last night, a lone goose flew up and landed in the field. Soon, the deer came out of the woods on a lope but, the goose held fast. The next thing I new, the deer were playing "tag" with the goose who was in NO mood for such shenanigans! The goose would stretch out it's neck and half-heartedly attack the deer and they would jump and dash way. This went on for quite some time and I got a good laugh out of it all. 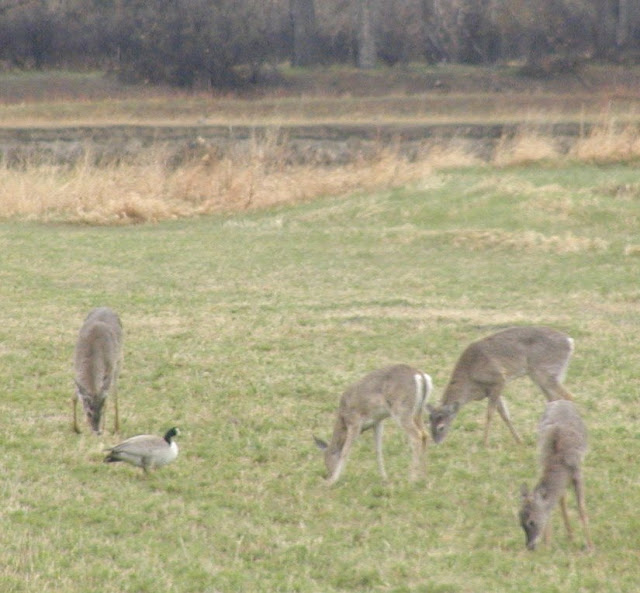 One morning on my way to work last week, I spotted the nieghbors horses approaching the fence as I drove slowly by. This one captured my attention with his inquisitive look. I just want to brush his bangs off of his left eye though! 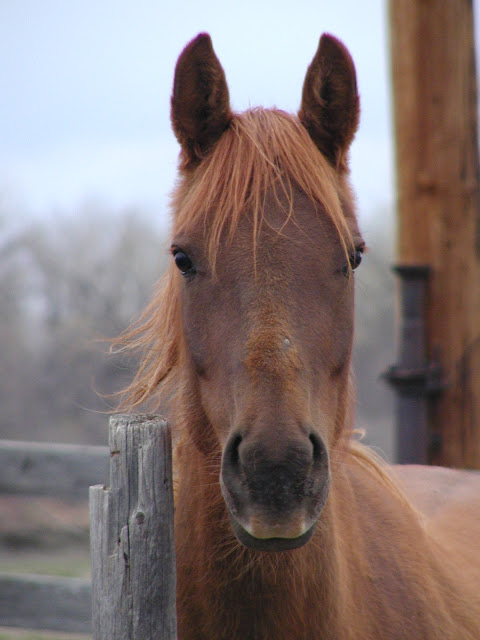 Here, a pair of ringnecks feed and fluff out the window. It may be the same pair from earlier. Can't be sure. 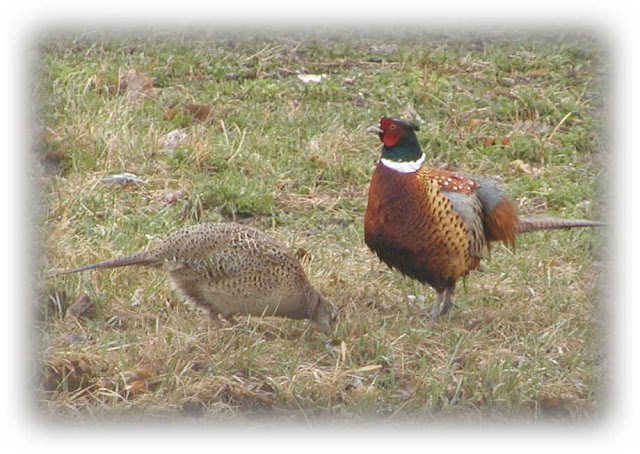 I was surprised to see the robin in any kind of focus in this tangle of branches. 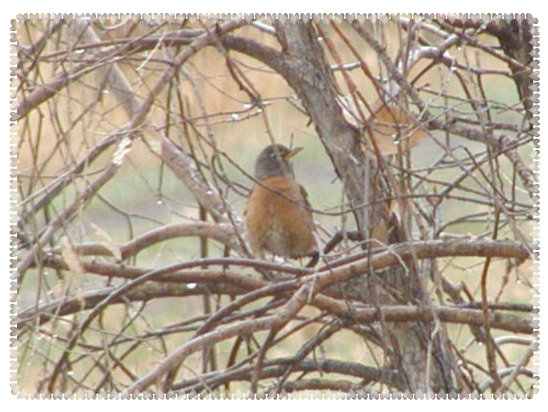 Before they left for home, I took this shot of my folks. 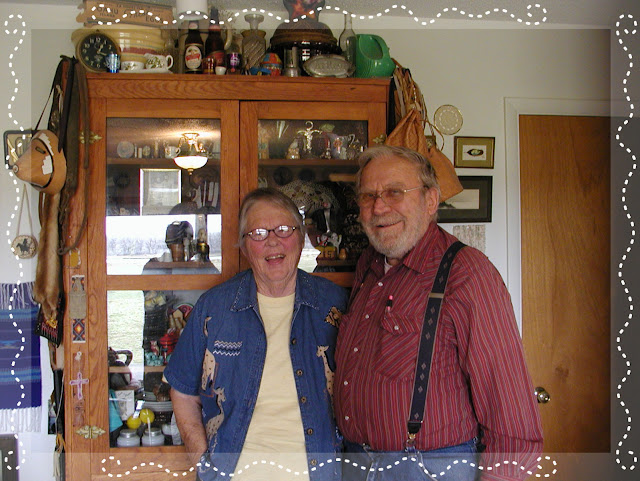