After a quick work emergency, we were packed up and got on the road headed west toward the lake.  Here,  dueling combines rest along the Missouri.

Even though they are only dandelions, the explosive bloom offset the black angus cattle. 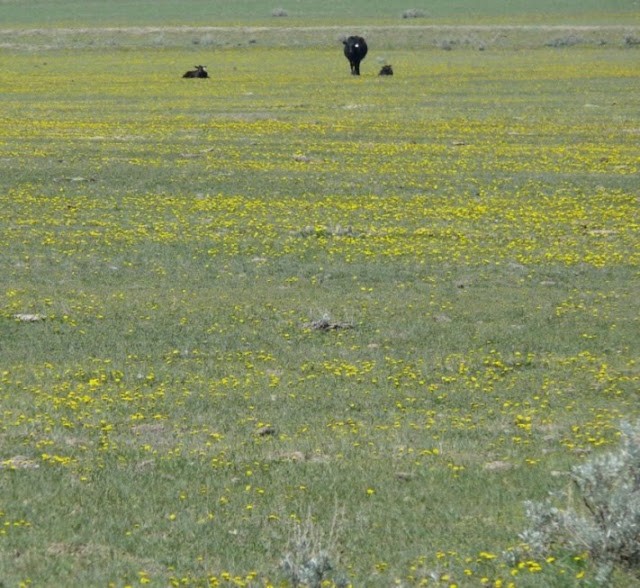 Here, we captured a floating hawk, scouting for prey 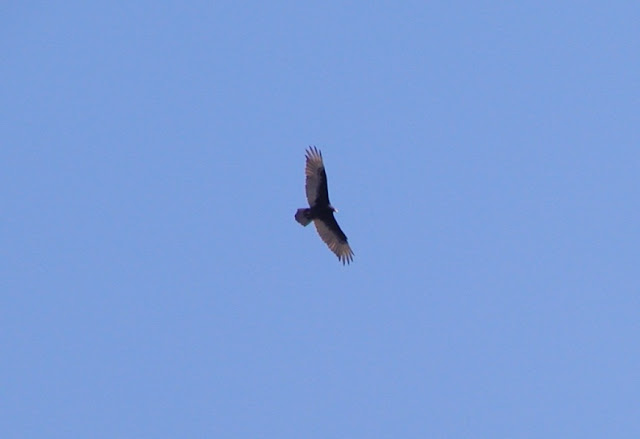 This old Ford rests, surrounded by sage and grasses. 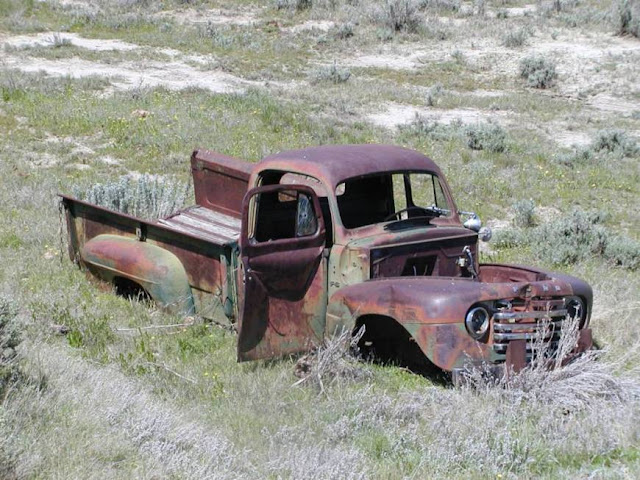 This rabbit had been making his home under the Ford and was hesitant to run from it. 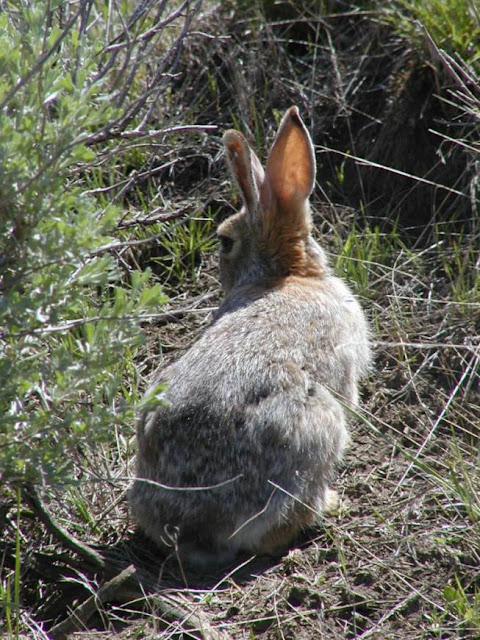 A bit further down the road, ancient remnants of "one too many" after a night in town.  Soon, mother earth will have swallowed this old rig. 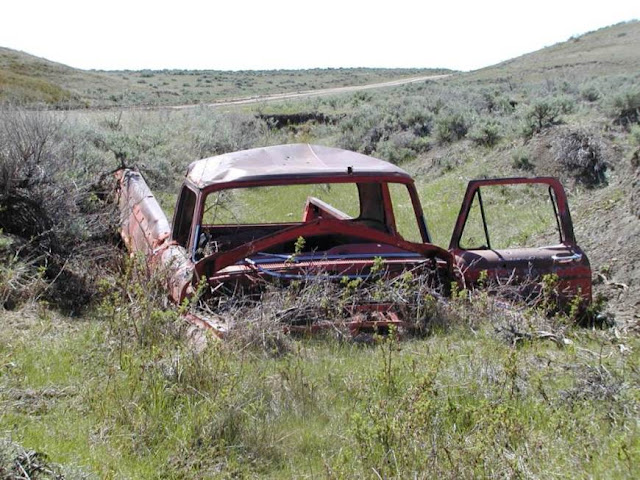 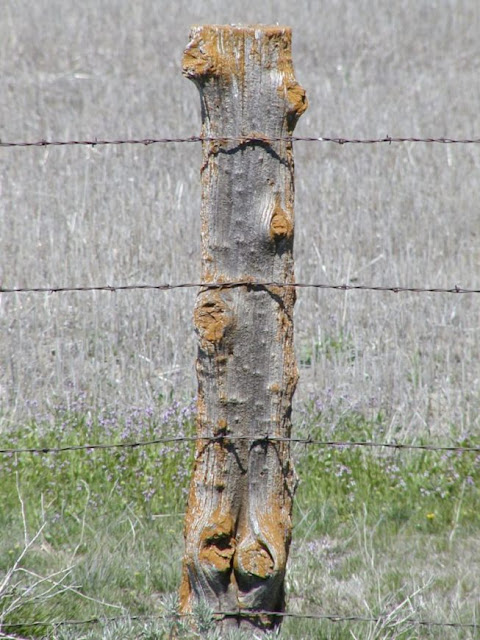 An old storefront clings precariously to life on the prairie of Montana. 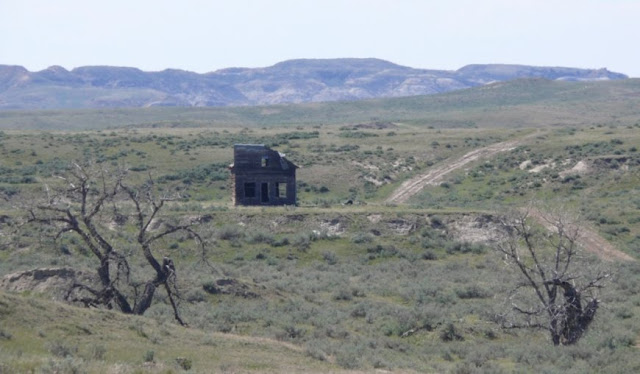 A closer look reveals a bit of roof damage, perhaps due to high winds. 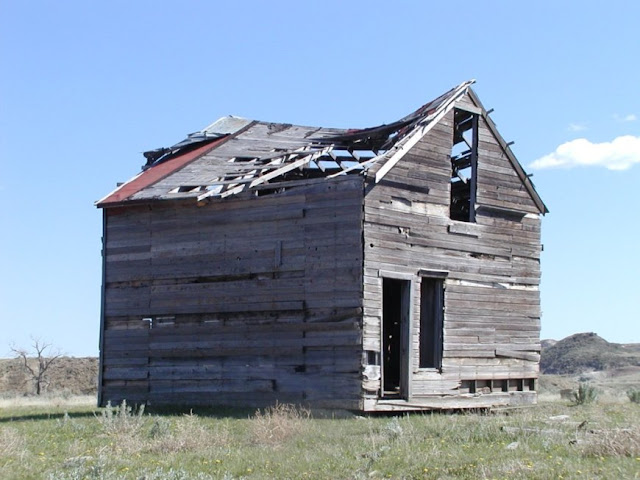 This old rake rests quietly in front the bones of an old corral. 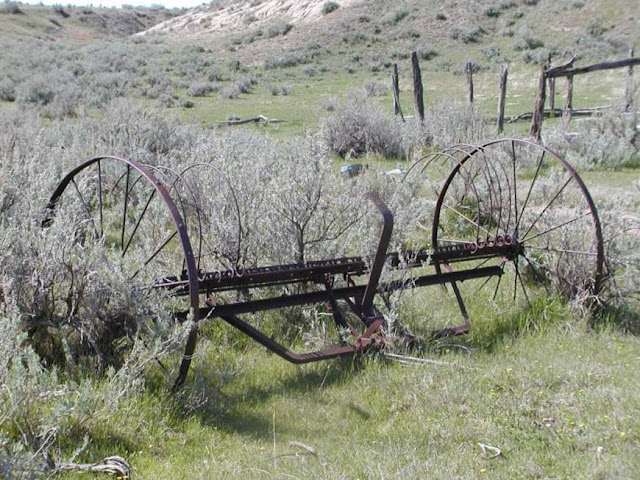 Two doves take a gander at us from the fence row.
Upon arrival at Fort Peck Lake, we found our haunts from last year absolutely full of  motor homes and boats.  We continued on to a more remote spot and launched the canoe for an evening paddle.  We were stunned to discover fish surfacing everywhere you looked and the sound was indescribable.    Thrashing, splashing, crashing fish were evidenced only by their fins, tails and occasionally their backs.
We tried to take pictures but, had little luck capturing the rolling, surfacing, splashing fish.  Jim finally determined that they were buffalo carp and we surmised that spawning season was in full swing!

Due to the rising lake waters, much of the salt cedar was now under water and seemed to be a preferential spot for the carp.  We watched the bushes wiggle and jiggle as the carp flailed about in amongst them.

Finally, we paddled on and discovered the likely occupant of the beaver lodge in front of our camp. 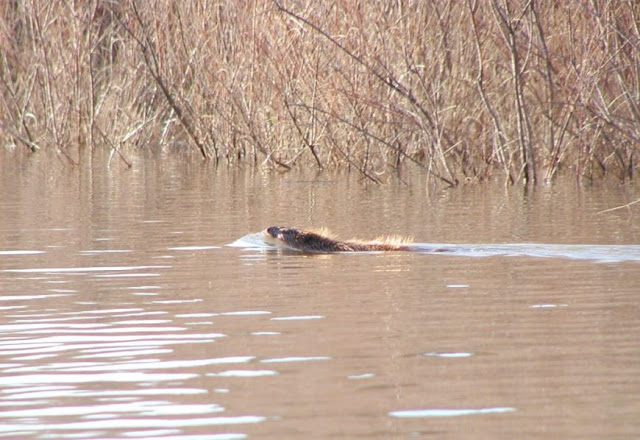 Ducks took to the air,  undoubtedly made nervous by our presence. 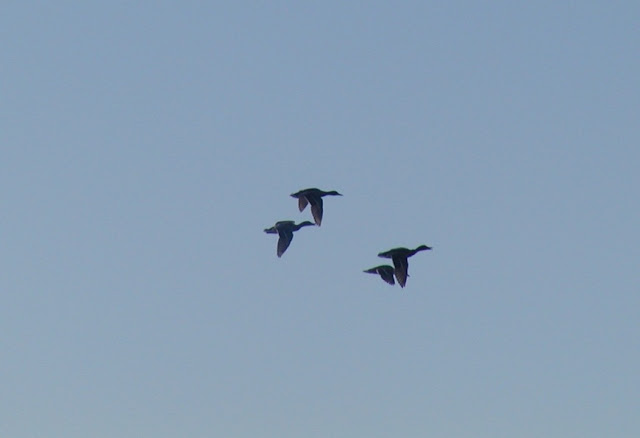 This muskrat came whizzing by as if curious. 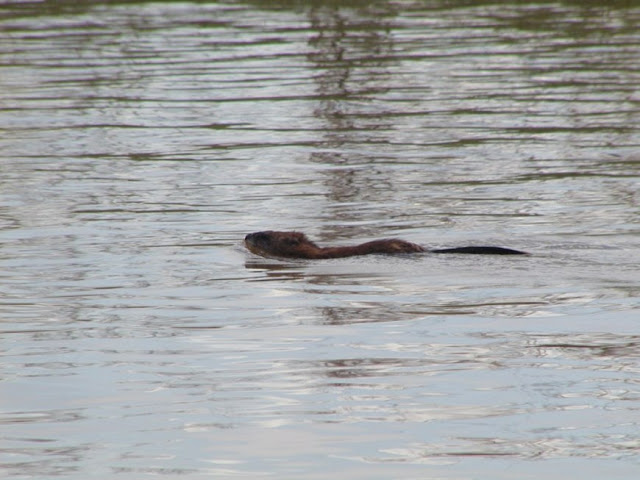 Here, our view as we paddled back toward camp. 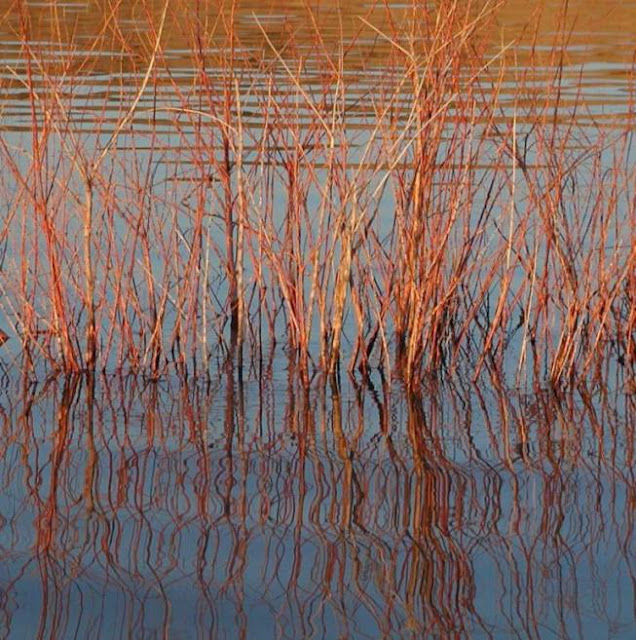 Sunset on the water is always lovely particulary when you have a beaver lodge in the foreground! 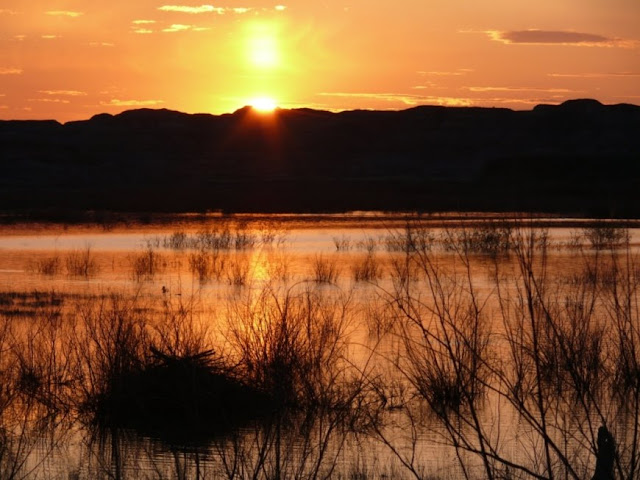 As we admired the sun sinking slowly, the sounds of a thousand thrashing carp filled our ears.  Croaking toads, perhaps also a thousand strong, completed nature's chorus and lulled us to sleep.
Posted by Unknown at 11:33 AM