Driving home last night I surveyed the storm's aftermath.  Branches were tossed about as were garbage cans and other detritus.  Fortunately, only small branches remained in the yet-to-soak-in lake in my yard. 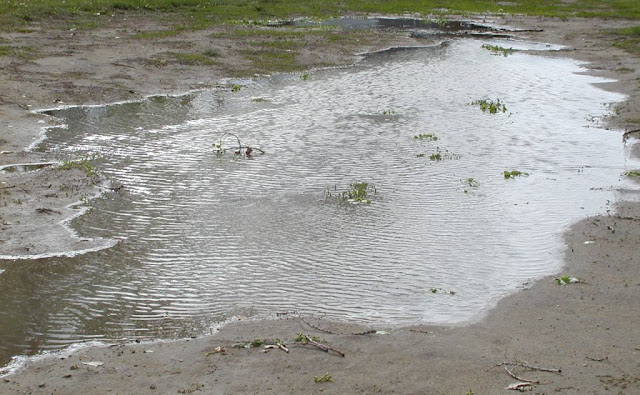 After supper I spied these young whitetail bucks in velvet browsing.  They have yet to shed their winter coats and it is probably just as well in light of the cold rain and high winds they endured of late. 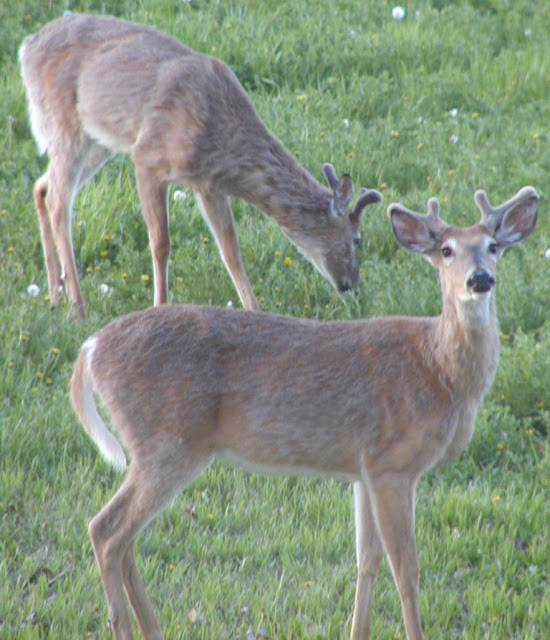 I saw movement and discovered a porcupine grazing in the alfalfa field.  The punk rock hairdo created by guard hair standing erect on his head, made me laugh.  The photo is poor quality but, I had to post it.  It's fairly rare to see a porcupine in the daylight. 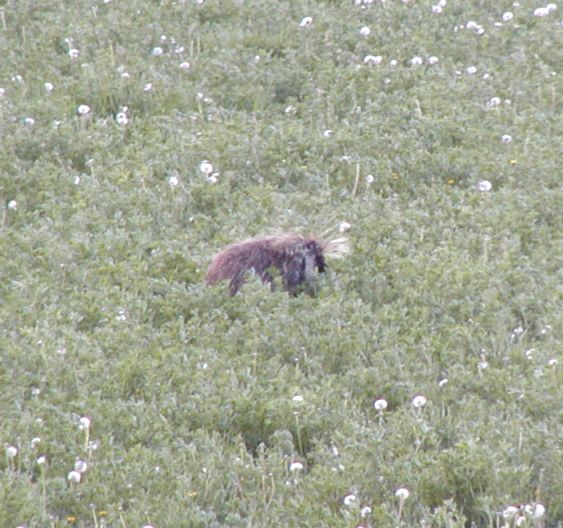 Since the porcupine was heading away from the house, I got ready for bed and then Jim informed me that instead of the porky leaving the house, he came right up and began snacking on the raspberry bushes!  Pictures were impossible as there was little light left.  I was admiring the porky and deer eating raspberry leaves when along came a raccoon!  The deer was not a bit afraid of the raccoon but, gave the porcupine a wide berth.  Soon, the porcupine wandered into the brush and the deer was not far behind him.  Trailing the pair went the raccoon!  I wondered what was so enticing that three animals of differing species were attracted to it?  I also wondered if there are cameras that function in near zero light conditions?  It would have been priceless to have that shot at close range.

Today,  there was "smoke on the water" again.  The sun was already up so pictures of the sunrise were out.  I did capture this shot of leafy branches with the fog behind. 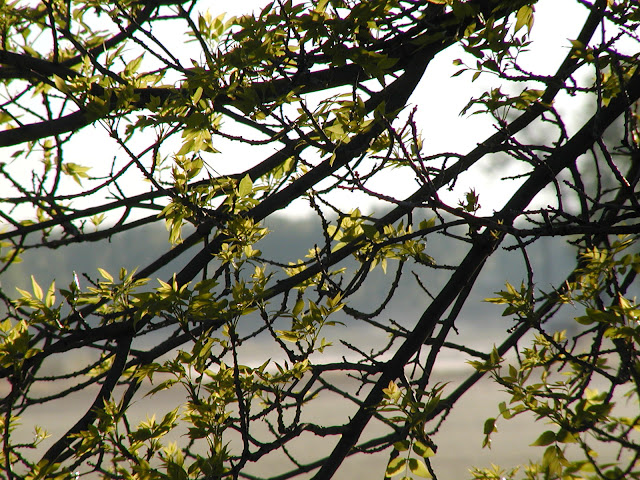 Looking at this shot, I wonder where the trail might lead?  Does something wonderful lie just around the corner? 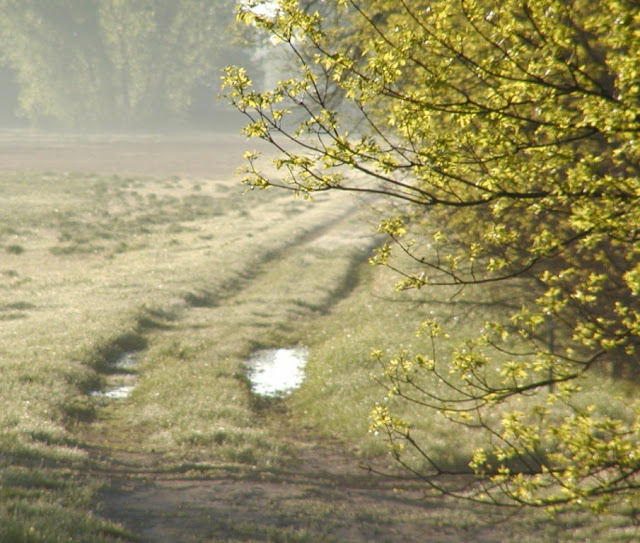 This dove sat quietly in the sunshine. 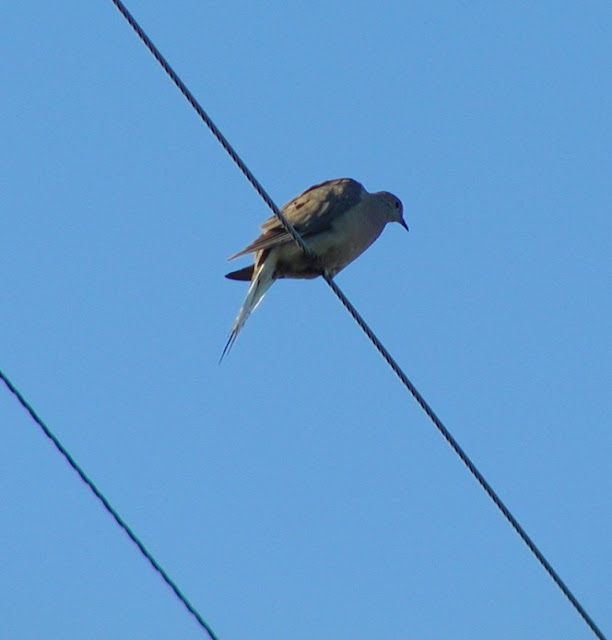 This small puddle of rainwater is now home to a duck who was out for a morning swim.

Fog hung in the air on the river bottom, even as the sun shone brightly. 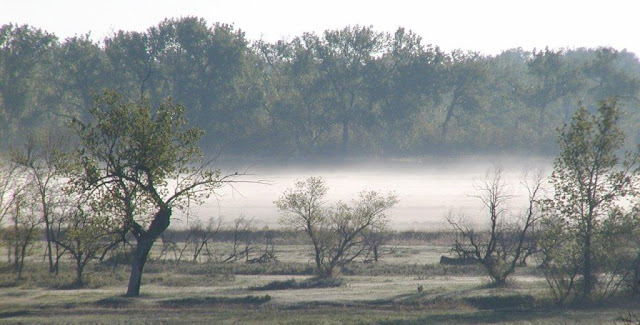 Even the cows were contented today, grazing in the sun's warmth. 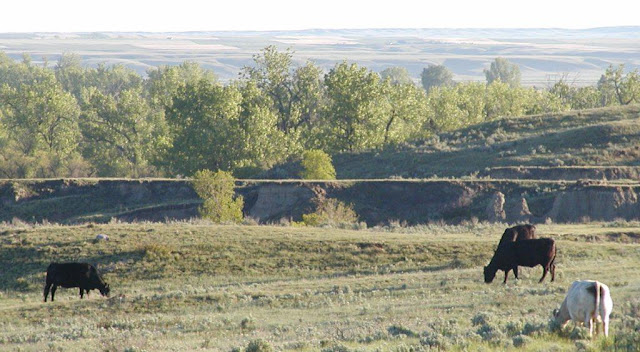 Thought for the day:  Remember to think positive.  The glass IS always half full.
Posted by Unknown at 9:22 AM